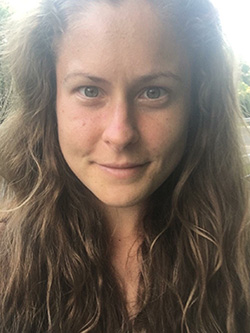 I teach courses in mass media, media and cultural studies, comparative ethnic studies, intercultural communications, and racial theory. My courses focus on developing student writing and I encourage my students to think beyond “common sense” or traditional ways of thinking while promoting a bridge between theory and practice. I am an affiliate faculty in Women’s, Gender and Sexuality Studies.

At MCLA I am honored to serve on the faculty association; as an Internal Review Board member; Director of Human Heritage; as a Curriculum Committee member; Interim Coordinator of First-Year Writing; Hartmann Co-Professor; and as founding director of the American Ethnic Studies Minor.
In addition, I am a member of the American Studies Association and the Latina/o Studies Association and present my scholarship annually at conferences.

My research interests include media and cultural studies, race, ethnicity, new racism, and immigration. My first book on race and social media activism is forthcoming from the Ohio State University Press.

“Where have we been? Where are we going? Understanding the Rise of Trumpism, the Alt-Right, and Developing Strategies of Dissent.” American Studies Association. November 9-12, Chicago. 2017