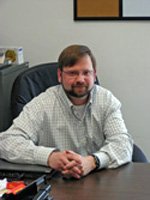 My teaching and research interests are in American immigration and ethnicity, the Gilded Age and Progressive Era, transatlantic history, and American social reform. In both my research and teaching I situate the United States in a transnational context. Ideas, people, and materials from outside its borders have shaped the United States from the colonial period to the present. By encouraging students to consider American history in this broader context, I feel they can both better understand the past and engage constructively with a modern world shaped by the forces of globalization.

I am currently working on a digital humanities project, "Displaying Ireland," with other faculty in the United States and Ireland, which explores Irish and Irish-American exhibitions in World's Fairs and other international expositions from 1853-2000.

I also currently serve as Book Review Editor for the Journal of American Ethnic History.