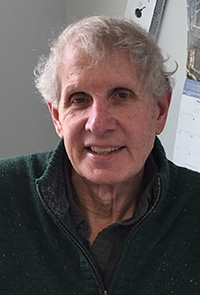 Originally born in Pennsylvania, I have studied or taught in five states and two countries, finally settling in New England in 1976 to teach at MCLA. Since my retirement from full-time teaching in 2013 I have offered courses on the Middle East, Africa and North America. In addition to formal academic training I have taken advantage of work and study in various nations, including Canada, Mexico, Ukraine and Sudan. I live in Stamford, Vermont with my wife, and have two children and two granddaughters. When not teaching I enjoy traveling, playing in basketball tournaments, and fishing.

Much of my scholarly research has been focused on Canada, and I have traveled throughout all of the Canadian provinces, including teaching U.S. Government at Simon Fraser University in Vancouver, British Columbia. Recently I have focused on the concept of national and regional identities and the “idea” of North America.

“The End of the North American Dream? The Failure of the Security and Prosperity Partnership” unpublished paper presented at the April, 2012 biennial meeting of the New England Political Science Association Meeting, Portsmouth, N.H.