In September, MCLA adjunct professor John Fries completed the Berlin Marathon – one of the largest races in the world. Fries works in the College’s Business Department and also serves as a Career Law Clerk for a federal court in Connecticut. 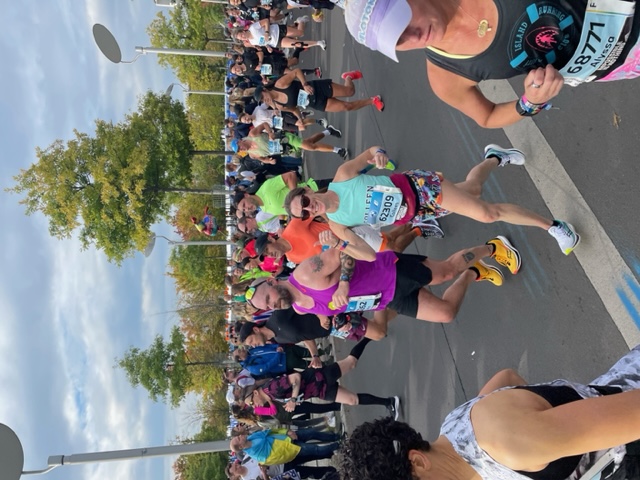 He finished the 26.2-mile race in four hours, 25 minutes, and 27 seconds and placed 16,469 out of 34,879. During that race, Kenyan long-distance runner Eliud Kipchoge set a new world record of two hours, one minute, and nine seconds.

“It was incredible to be a part of the same event where Kipchoge set a new world record,” Fries said. “At the conclusion of the race, I did see that someone had written "New WR 2:01:09" on a piece of cardboard and hung it on a light pole near the finish. I think that everyone in the race was excited to see his result that day.”

Running a marathon has been on Fries’ bucket list, which he was able to cross off in 2019 for his first marathon. He fell in love with running and continued to train for other marathons. To date, he has run 12 half marathons and several shorter races. The Berlin Marathon was the seventh of eight marathons he’s completed – the most recent happened in Connecticut during mid-October.

He spent 16 weeks training for the marathon and ran with a group from Fleet Feet Sports on Sundays in Hartford, Conn.

The Berlin Marathon is one of the six World Major marathons, and Fries hopes to complete all of them. He entered Berlin’s race through a lottery entry system. He is halfway to completing all races having run in New York City and Chicago in 2021. 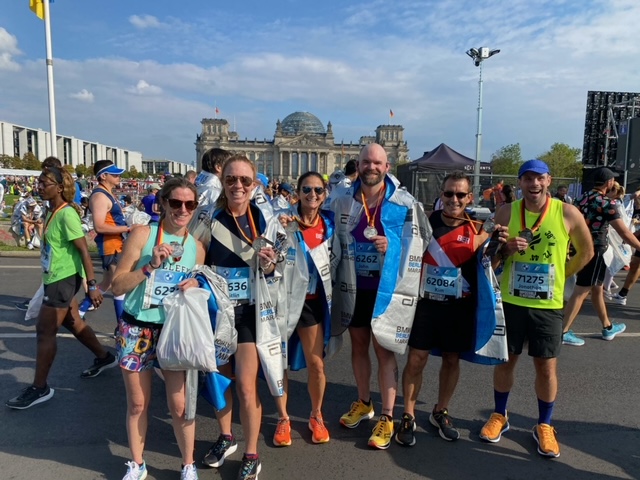 “I have been lucky enough to get a chance to participate in both the New York and Chicago marathons, so I was not new to big races,” he said. “Berlin was a wonderful experience. The race was very well organized and the spectators lining the course were wonderful, especially later in the race when I was tired. I still wonder what some of the spectators were saying, as I do not speak German. But even with the language barrier, you could still tell they were cheering you on.”

Instead of striving for a personal record, Fries admired the scenery during the course as it led runners through many landmarks throughout the city.

“It is quite the finish experience in Berlin,” he said. “You complete the race by running through the Brandenburg Gate and crossing the finish line just beyond it.”