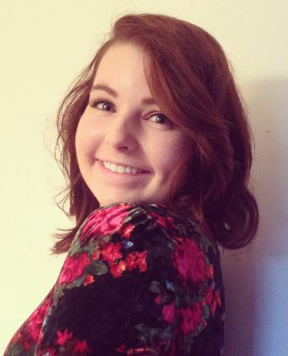 This fall, new psychology graduate Rose Mastico ’18 of Hanson, Mass., will head west to pursue her master’s degree in experimental psychology at Central Washington University in Ellensburg, Wash., where she received in-state tuition due in part to her high grade point average and an assistantship she served as an MCLA senior. At that university, Mastico will work with Dr. Ralf Greenwald, who leads a cognitive neuroscience lab.

“It will be a huge move for me as I have never lived outside of Massachusetts, but the West holds many adventures, and I am eager to start this next chapter in my life,” Mastico said.

While at MCLA, she also participated in two internships at the Austen Riggs Center in Stockbridge, Mass. As a research assistant during her senior year, “I was able to learn more about different types of analyses and help with research that I was not familiar with. The Austen Riggs Center provided me with many opportunities to grow as a researcher.” In addition, Mastico co-authored and published an encyclopedia entry in 2016 about histrionic personality disorder.

Mastico was this year’s winner of the Psychology Department’s award, which is given to a senior who shows great promise and an excellent work ethic. Her MCLA education included the completion of her senior thesis, six presentations at MCLA’s Undergraduate Research Conference (URC), and her participation in the search for new faculty within the Department.

Mastico’s senior thesis is titled “Expanding the Definition of Love: Self-Report and EEG Analysis of the Complex Emotion.” She explained, “There are a lot of different avenues you can take with the study of emotions, and I chose ‘love,’ specifically, because it is a complex emotion that relates to very strong feelings of happiness. ... It is something many people can relate to.”

She incorporated her usage of an electroencephalogram (EEG) into her research to prove to graduate programs that she was well-versed in some neuroscience techniques. With the EEG, she tracked neural responses of individuals when they were asked to think about love and jealousy.

The goal of the project, Mastico explained, was to incorporate social psychology and neuroscience into a single study to see how love works in an objective way in the brain, and also how people view it subjectively when taking a survey about the emotion.

Mastico first became interested in a psychology career after watching a television show called “Hoarding Buried Alive.” She enjoyed seeing how the clinical psychologists assisted people to work out their past traumas and current issues so they could live healthier lives.

“MCLA provided me with countless opportunities to grow as an individual and a student. For two years, I was an active student leader on campus both as a resident advisor and the president of our environmental club on campus, the Environuts,” Mastico said. “One of the greatest memories I have as president was organizing a group of 20 students to go down to Washington D.C. for the 2017 Climate March. It was a difficult task, but in the end it was a success.”

Why did she choose MCLA? “The second I stepped out of my car for Accepted Students Day I felt like it was a place that I would fit in and be happy,” Mastico said. “The tour guides were nice, and I met so many students who had meaningful experiences here. Everyone seemed happy and eager to chat about the school and their experiences.

"The minute I got home I accepted a spot at the school. I have been truly blessed here. Everyone is willing to help you grow and there are so many opportunities to do so as an individual. MCLA has become a home away from home, and I am happy I chose to spend my four years here.”