Seeing the Light and Writing About It 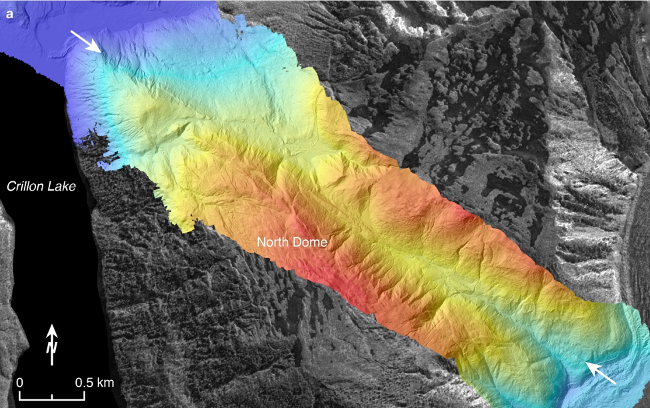 Reshawna Maine '20 recently had her first full article published in Photonics magazine, and is enjoying combining editorial work with learning about new techniques in scientific research. This image is pulled from her article--read it here.

How do you find an internship that blends your two majors if those two majors are at opposite ends of the spectrum? Ask Reshawna Maine ’20; she found a perfect fit, combining physics with English/communications through her work at Photonics Magazine.

Maine recently had her first full article published in Photonics, and is enjoying combining editorial work with learning about new techniques in scientific research. The article, a short piece on aboriginal Alaskan communities using lidar, a pulsed laser technique used to measure ranges (lidar stands for “light detection and ranging”), to map and manage natural resources, appeared in the March 2019 issue.

Lidar is also used in autonomous vehicles to map trajectory and avoid objects like people and road signs, and for quality control in assembly lines. Maine just worked on an article for the magazine about using it to map koala populations in Australia. “I like the idea of being on the front end of the research,” Maine says. “Being at this company, I get to see all of this, and I get really excited about it. Writing about science means you’re writing about the cutting edge.”

A nontraditional student, “I came back because of physics,” Maine says. “I forgot how much I loved writing.” She rediscovered that passion after taking a class with Associate Professor and MCLA Director of Writing Amber Engelson, which convinced her to double-major.

Physics professors Emily Maher and Kebra Ward encouraged Maine to seek out the internship; Maher put her in touch with the staff at Photonics, and things moved forward from there. Aside from writing about new technology and its applications, she also previews trade shows and reports on news about major players in the tech space (notably, she got to interview the new CEO of Versalume, whose technology has been showcased on long-running CBS sitcom “The Big Bang Theory”). “They really put in for your success here,” Maine says of MCLA. “It’s a tight-knit community.”

After she finishes her degree, Maine says she likes the idea of science writing as a career, as long as she’s not bound to a cubicle. And she wants to encourage her three children—ages 14, 9, and 2—to follow their passions, too.

“I want people not to give up on their dreams. No matter how old they are,” she says. “It’s never too late. I’m trying to inspire my own children, too. I’m not doing it the traditional way, but I’m doing it—so they can do it as well.”