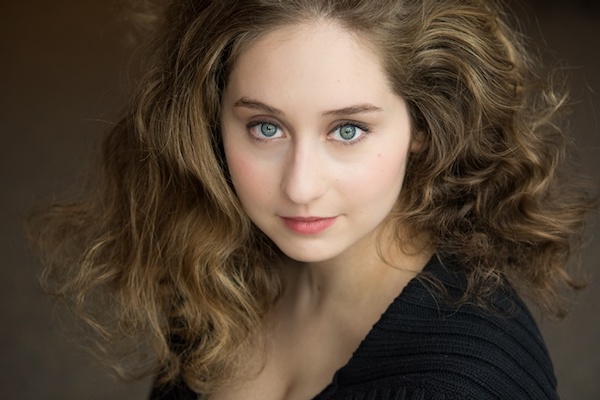 After diving deep into theatre opportunities at MCLA, Elizabeth Cardaropoli '12 has gone on to teach drama throughout New England, and is an actor and a board co-chair at Advice to the Players, a New Hampshire-based Shakespeare company.

When people find something they really love, they’ll often dive in head first. During her time at MCLA, Elizabeth Cardaropoli ’12 did just that, taking advantage of the College’s drama clubs and Berkshire County’s top-caliber theater companies to immerse herself in what she loves most.

The theater and arts management double major from East Longmeadow, Mass., said she threw herself into as much as possible during her four years in North Adams. “I was in as many mainstage productions as I could be in. In my freshman year, I was one of the first students in both a mainstage and a Yorick production at the same time,” she said. During her senior year, she both co-directed Yorick’s production of “A Midsummer Night’s Dream” and played the starring role in “Hedda Gabler.” “It was all theater, all the time,” she said.

While in school, Cardaropoli took an arts management internship with a theater company each summer, first at the box office at Barrington Stage Company, then in the publicity department at Williamstown Theatre Festival. “I went to MCLA because they were one of the only state schools in Massachusetts with an arts management major,” she said.

Cardaropoli has gone on to teach drama throughout New England, and is an actor and a board co-chair at Advice to the Players, a New Hampshire-based Shakespeare company. In 2016, Cardaropoli made her Off-Broadway debut in Lord Byron’s “Werner” at the Davenport Theatre Loft, and was recently seen at Theatre 80 at St. Marks in “The Spyglass Seven,” a period piece that explored the romantic life of Edgar Allan Poe.

Cardaropoli currently resides in Boston, where she works at the Boston Tea Party Ships and Museum with four fellow MCLA graduates. “My 12-year-old self would be over the moon,” she said about her current acting gig. “We are costumed in accurate 18th century clothing.” She and other costumed interpreters lead tours where visitors can reenact the experience of the original “destruction of the tea,” throwing replicas into the Boston Harbor. The guides stay in character as they teach visitors about the repercussions that led to the Revolutionary War, but are allowed to make witty comments, drawing connections between then and now.

Cardaropoli enjoys encouraging guests to feel like they’re part of history. “I’ve always enjoyed educational theater, making it a human experience for others,” she said. “Instead of just saying ‘These are the facts,’ this is more of a hands-on, interactive experience.”

Her love of history extends into her spare time, where she studies historical grave iconography, focusing on early New England cemeteries and burial grounds. Time spent in graveyards led organically to an interest in the Death Positive and Green Burial movements. Cardaropoli became a funeral celebrant in 2017, and now uses her theater skill set to help people at one of the hardest times in their lives.

“You learn empathy from acting,” she said. “There’s a lot of overlap between the rituals of theater and that of funerals. I found that in both my theater training and my work as a celebrant we acknowledge a common root between ceremony and storytelling.”