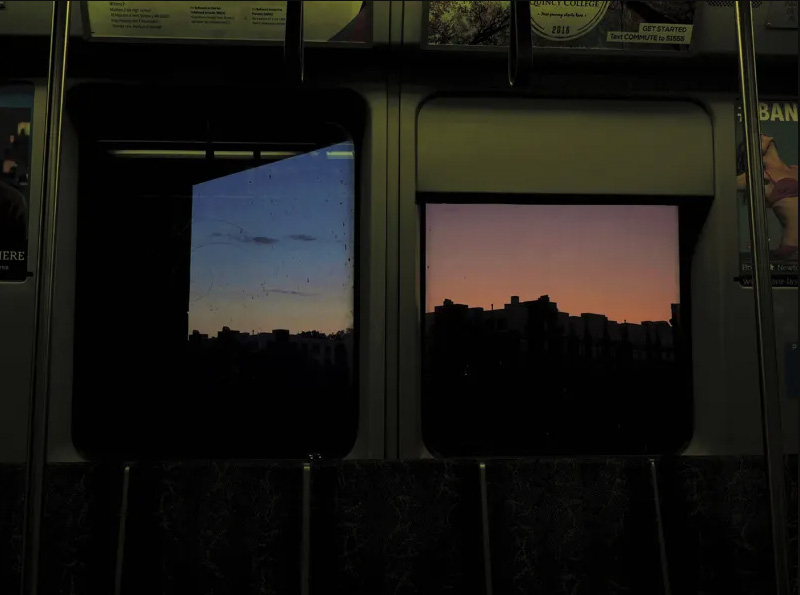 A Philosophical View of Human Perception

This article is an excerpt from a book that will be published in September 2017 entitled: Complexity, Society and Social Transactions: Developing a Comprehensive Social Theory. This book develops a comprehensive social theory which explains the ontology[1] of society, culture, and the economy. I have modified the manuscript slightly so that it is a stand alone document.

Hegel (trans. 1959) theorized that, “There is nothing that is not mediated. But totality of mediation simply and immediately is” (§ 74). We cannot experience the “immediate” condition of a thing-in-itself, we can only experience it through mediation. The exception to this rule is the idea. Hegel (trans. 1929) noted that, “The Idea (which, as Life, is still in the form of immediacy)” (vol. 2, p. 414). Thus, the only thing that we experience immediately is our own thoughts.

Mead (1938) theorized that we take two attitudes toward a stimulus, the immediate sensation and an attitude toward the sensation. These two attitudes are present in an individual’s perception. The first attitude, the immediate sensuous response, is based on the experience of perceiving, the immediate experience. “The second attitude, that of reflective analysis, does resolve the whole field, including the organism, into physical elements which could conceivably be the objects in a hypothetical perception” (p. 14). Thus, it is through two types of mediation that we know of our world.

Comparing Mead’s statement with Bhaskar’s ideas, the object that causes the sensuous stimulation is Bhaskar’s intransitive world, Kant’s thing in itself. The transitive world is the result of the attitude toward this stimulation that an individual takes. When these two viewpoints are placed together, an entire process can be seen more clearly. I have presented this process in figure 1.

Figure 1. The relationship between the intransitive and the transitive.

Moving from the intransitive world to immediate sensuous response, two phenomena need to be taken into consideration. First, our senses are mediated by the physical world around us. Second, our bodies provide unique organism-based mediations. I will gather these two mediation types together and call them “initial mediations.” Mead (1938) recognized these initial mediations when he noted that the immediate sensuous response emerges from our senses experiencing a stimulus from the intransient world. In another work, Mead (1934/1967) observed, “Some of these experiences are dependent upon the perspective of the individual and some are particular to a particular organ. If one is color-blind [they have] a different experience from a person with a normal eye” (p. 30). It is not only these types of personal limitations that influence an individual’s immediate sensuous response, but also a host of other organism-based mediations. In figure 2, I have added these initial mediations into the original depiction.

Figure 2. Expanding the relationship between the intransitive and the transitive.

The second part of Mead’s (1938) statement where the individual takes an attitude toward this stimulation, is the ultimate focus my manuscript since it is within this process that society and culture resides in human experience. Both Berger and Luckmann (1966) and Searle (1995) called these mediations “socially constructed” mediations. In the following sections I will discuss first the initial mediations, and then socially constructed mediation.

Before examining the types of mediation, what is mediation? The OED defined ‘mediate’ as “to occupy an intermediate or middle place or position; to be between; usually, to form a connecting link or transitional stage between one thing and another” (Simpson & Weiner, 1989, 9.544). Mediation, of course, is the act of mediating. For the purposes of this book, mediations are those media which come between Bhaskar’s intransitive world and reflective human consciousness. The first type are physical mediations.

Most people do not consider how the physical world mediates their life experiences. Humans continually compensate for these phenomena in the ‘specious present.’[3] For example, a mediator that most of us experience on a daily basis is the change from night to day, and day to night. The presence or lack of sunlight changes the way we experience the world.

Figure 3. Refracted light at the surface of a lake changes the perceived location of an object.

Often times, the mediations are much more subtle. Consider the situation depicted in figure 3. A person standing on the shoreline of a lake cannot accurately perceive the location of objects underwater. If the person looks out at view 1, the light will reflect off the water’s surface and the person will not perceive anything under the water. If the person looks closer in toward the shoreline at view 2, the light coming from an object in the water will be refracted so that the position of an object will not be able to be accurately ascertained.

Another well-known mediation is the perception of a mirage in the desert or on a highway on a hot day. Just as with the above situation on a lake, light is refracted to create a perception at the eye. In this instance, light from the sky is refracted through a temperature difference layer so that the desert floor or the highway looks like water.

Organism-based mediation takes several forms, the most obvious being our senses. As noted earlier, Mead (1934/1967, 1938) recognized the organism-based sensuous limitations of disabled persons and mediation-based modifiers such as color blindness. Extending Mead’s observation, someone who has perfect vision perceives the world quite differently than someone who is blind. Of course human experience runs along a continuum between these two extremes. Similarly, the other four senses, hearing, taste, touch, and smell will also affect the manner in which a person perceives the environment.

One less common organism-based trait that clearly exemplifies mediation is a mixing of sensory perception called synesthesia. Marks (2000) explained that synesthesia is “a curious phenomenon of perception in which sensory images of one modality, for instance, vision, find themselves transferred to another modality, such as taste or hearing” (p. 121). For those who have synesthesia, the modality varies in presentation and intensity, but Marks argued that it is not uncommon. For example, a weak form of synesthesia manifests as a “tendency for many individuals to describe music written in major or minor keys as bright and dark, respectively” (p. 122). He also observed that it “can be produced by the ingestion of psychoactive drugs,” essentially another type of organism-based mediation (p. 124). Alcohol and illness have an effect. Moving beyond the senses, other organism-based mediations could affect perception such as mental and physical enhancements and disabilities. While not intended to be a comprehensive list these include: age, height, weight, balance, autism, disability, sexual orientation, intuition, deprivation of essential nutrients, and chemically induced alterations.

When our body receives the immediate sensuous response, we immediately interpret what our senses are telling us. In general, each individual will have a different interpretation. There are two reasons. First, the initial mediations provide an immediate sensuous response which is different for each person. Second, our socially constructed mediation, the second attitude, has been socialized differently in each of us. Therefore, each perception has the potential to be experienced in many diverse ways by any individual.

While it is widely understood that the socialization process creates social constructions in infants and small children, socialization also occurs throughout an individual’s life. Mead (1938) included the memory of past experiences in the second attitude. We continuously bring past experience into the ‘specious present’ as we anticipate of the future. Socialization resides in past experience, our relationships, our enculturation, our acculturation, and our future expectations. It is socialization, enculturation, and acculturation that transmit to each individual their cultural foundations, their socially constructed mediations, and their understanding of the socially constructed environment from either the society or from social contacts.

Two early proponents of social construction were Mannheim (1949, 1952) and Vygotsky (trans. 1978, trans. 1986). The concept was further developed by Berger and Luckmann (1966) and later Searle (1995). When humans agree to create meaning, concepts, and ideas through the use of significant symbols, we are socially creating an environment. For example, the concepts of money, justice, traffic, and university are just a minute part of the socially constructed environment. Further, when we agree to shared meanings, concepts, ideas, and beliefs we create a social mediation through which we view the intransitive world. Take for example a $100 bill. Americans have come to an agreement that this piece of paper has a certain economic value. We have created a socially constructed mediation by which we view that piece of paper differently than say a plain white piece of paper of the same dimensions. If an alien was to arrive from another planet, it would not share our social construction.

The relationship between reflective human consciousness, mediation, and the environment constitutes a gestalt. Reflective consciousness is grounded in perception. In turn, perception is grounded in mediation through which the environment is perceived. All knowledge of the world comes to us through perception. It is through perception that the individual is socialized, enculturated, and acculturated and the individual’s socially constructed mediation is formed.

The intransitive world is sensed through initial mediations (see figure 2). This process presents the individual with immediate sensuous response. Mead called this sensuous response the first attitude. I have described this perception as having been mediated by our initial mediations, physical and organism-based. The individual then takes a second attitude toward this stimulus. This second attitude utilizes our socially constructed mediation so that we can reflectively analyze our immediate sensuous response. It is within these socially constructed mediations that culture resides (noted by the circle in figure 4).

Figure 4. The relationship of the individual to the environment through mediation.

The intransitive world and the environment are one and the same. Our knowledge of it is mediated physically, organically, and socially. My manuscript develops a social theory that explains how our socially contracted mediations and the emergents: society, culture, and the economy come to exist.

Thomas B. Whalen is Assistant Professor of Business at MCLA.

[1] I use the term ontology: the study of how something has come into being. Other authors have used the term “organic origin” (See Menger (1963/2009)). I believe our intent and meaning is the same.

[2] Immediate in this sense refers to the idea that nothing comes between an object and your mind: unmediated.

[3] The term ‘specious present’ is a philosophical concept that argues that we do not experience time as a “knife-edge”, but rather as a “saddleback” where the recent past slowly fades out of consciousness and the approaching future takes its place. This all occurs in that indeterminate concept we call the present. I have adopted the term ‘specious present’ form Clay (1882) and place the term in scare quotes to emphasize its ephemeral nature.