Four MCLA Alums Working, Mentoring, and Volunteering at MCLA and in the Berkshires

Though Erica Barreto ’18, Kayla Hollins ’12, Khalil Paul ’17, and Michael Obasohan ’11 all work in very different roles on campus, they have something crucial in common: All opted to stay in the Berkshires after graduation, and all are actively working to create change on campus, mentor students, and contribute to the wider community. 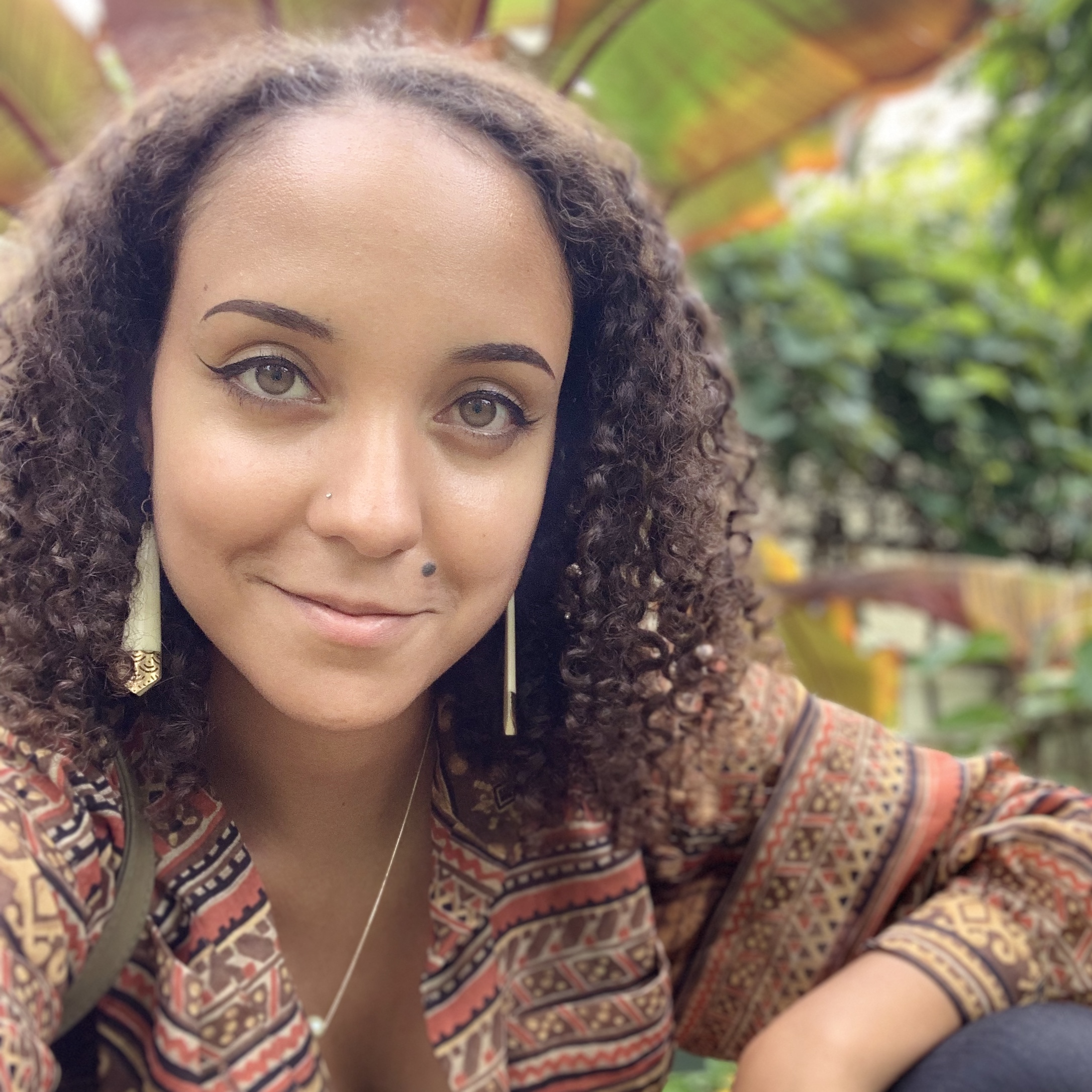 Erica Barreto, who grew up in Rhinebeck, N.Y., fell in love with the Berkshires as an MCLA student. She worked at Berkshire Arts and Technology Charter School (BART) in Adams before coming back to campus as the coordinator for MCLA’s Institute for Arts and Humanities, a grant-funded project that works to advance equity and justice on campus and in the Berkshires through experiential learning. She had interned with the project as a student; “Having the opportunity to continue what I helped start and to also work alongside my colleagues who were previously my professors seemed like an ideal move,” she said.

Now, she works to present programming and resources through MCLA-IAH and manages a team of interns who help guide the project’s mission. “I feel like I'm in a position to create and activate the change I wanted to see as a student,” Barreto said. “It's rewarding to have the chance to work with and give back to the MCLA community in such a way where we can build upon the opportunities that were once offered to me.”

In addition to doing this work professionally, Barreto helps current MCLA students build their own professional networks and find local jobs, serves on the board of directors of WAM Theatre and Multicultural BRIDGE, facilitates an after-school program at BART, and participates in monthly conversations around anti-racism held by the North Adams Artist Impact Coalition. She also mentors students, works with middle and high school students in Adams, frequently connecting them with current MCLA students. “I like to approach it understanding that there's an opportunity for them to mentor or teach me just as much as I aim to provide valuable guidance for them,” she said. 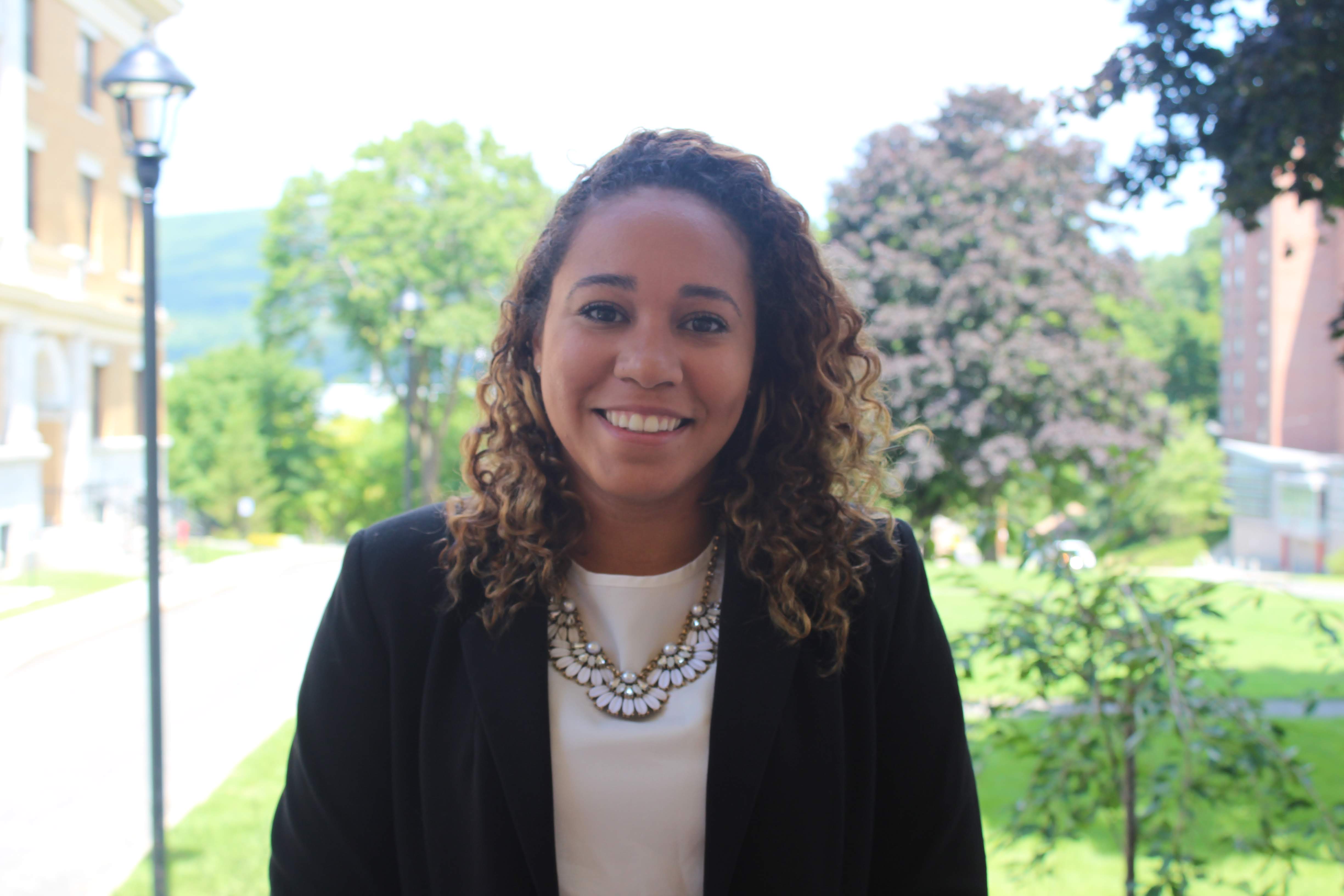 Kayla Hollins is MCLA’s director of admission, so she’s often familiar with MCLA students well before they move to campus. Originally from New York City, Hollins chose MCLA because she wanted the experience of living outside a city; she worked as an orientation leader as a student, and ended up becoming a full-time admission counselor after graduation. “I found myself at MCLA and loved the small-town life,” she said. “My time at MCLA helped me realize that I enjoyed networking and making a name for myself, and I realized how difficult that would be in NYC.”

On campus, she’s the advisor for MCLA Dance Company, one of the college’s largest clubs, as well as the Fashion Student Organization (she was also an active member of Dance Company as a student). “That work is so rewarding because I watch students do what they love outside of the classroom,” she said.

Hollins also serves on the North Adams Planning Board and is a mentor for local economic development organization Lever’s Inclusive Internship Preparation Program, which serves college students from marginalized backgrounds, helping them build a professional network and secure internships in the Berkshires. Some of these students are at MCLA, and some are from other nearby campuses.

“As a student, I felt like there were a handful of people that I could run to at a moment's notice for whatever reason,” she said. “By getting myself involved in different areas both on and off campus, I hope to build relationships and trust with students.” 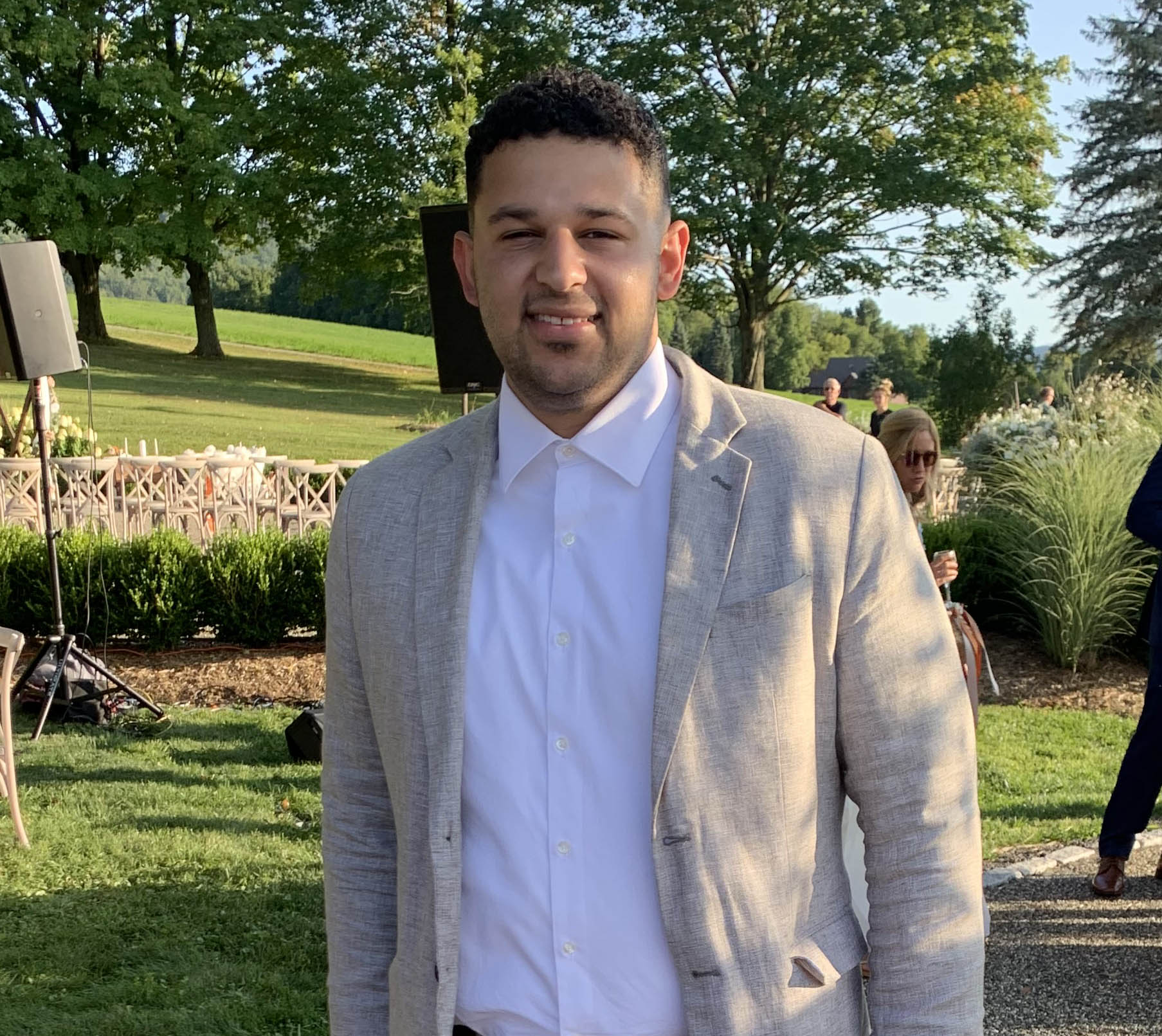 Khalil Paul is not only an MCLA Campus Police Officer—he was recently sworn in as an officer at the North Adams Police Department after completing Police Academy. “Especially with everything that is going on today, I feel like I made the right choice,” he said.

Originally from Troy, N.Y., Paul regularly did volunteer work as a high school student and then in college, mentoring children in North Adams and Troy and serving as a youth coach and camp counselor. An athlete in college, he’s currently a youth basketball coach in North Adams, and plans to be more involved with MCLA athletics once seasons are reinstated (they’re currently on pause due to the pandemic).

As a police officer and as a recent graduate, it’s important to Paul to be well-known on campus and familiar to the student population he serves. “I plan to host some open dialogues on campus at some point when COVID-19 is over,” he said.

Though he continues to be active in the MCLA and local community, “I don’t think I have done enough!” he said. “I feel like there is so much more work to do. I want the students to have the same great experience that I had here as a student. I was able to grow up here and really understand who I am as an individual as well as a professional.” 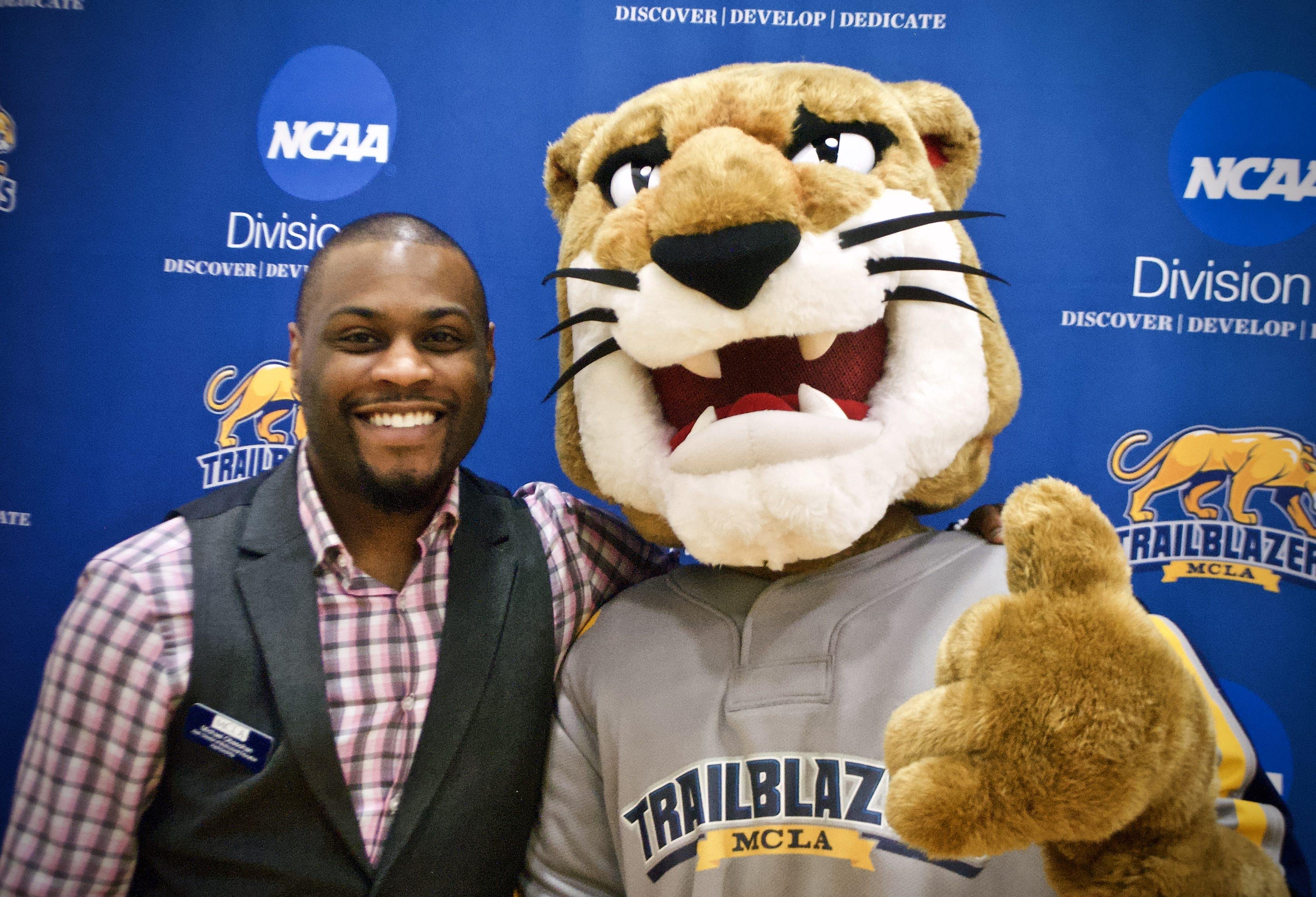 Michael Obasohan, who grew up in Boston, wasn’t originally planning to stay in the Berkshires after graduation. “When a position was created in Student Development, the workspace I spent most of my time while in college and where my love for higher education was introduced, I knew that I couldn't pass up this opportunity,” he said.

He went on to serve in other roles at MCLA, including as assistant director of diversity programs and multicultural education, and currently is the associate director of college readiness and success. He also serves on MCLA’s Alumni Board and is a longtime advisor of MCLA’s Men of Color Initiative. Obasohan is also on the board of directors of the Northern Berkshire Community Coalition and ROOTS Teen Center in North Adams, the city’s MASS MoCA Commission and Licensing Commission, and the city’s Inclusion, Diversity, Equity, and Access working group, which is creating training for North Adams City Councilors. He also mentors students through Lever’s Internship Preparation program.

The Berkshires are more than 90 percent white, and while MCLA’s student population is fairly diverse, it can be hard for students to find role models and mentors. “As a student, I didn’t see myself in many people as MCLA is a predominately white institution, so people I did make a connection with meant, and still means, the world to me,” Obasohan said. They have helped me see the world in ways I couldn't as a student. Because of their guidance, I am a leader in my profession and engaged in my community. I want to be that inspiration to my students.”