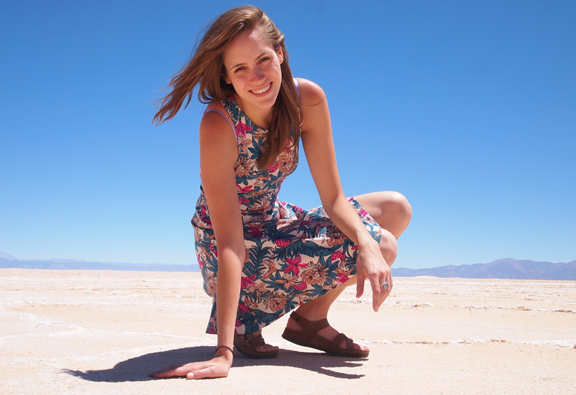 Above, Melody Rolph ’14 at Salinas Grandes, in Argentina. Below (top), in Cambodia and (bottom) Indonesia. 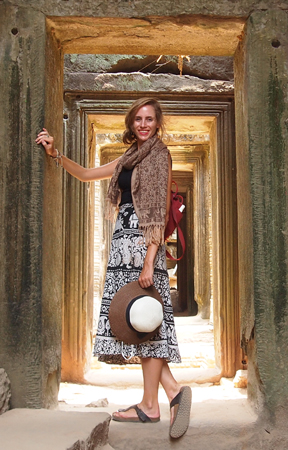 Melody Rolph ’14 took her bachelor’s degree in arts management and fine and performing arts abroad, where she earned her master’s degree in Breigau, Germany, at the University of Freiburg’s Global Studies Programme. Now she lives and works in Munich, Germany, as a community manager for InterNations, the largest international community for people who live and work abroad.

“I am specifically in charge of all the communities in the United States, so every day I help volunteer ambassadors to organize their monthly official events,” she said.

During her time as an  MCLA undergraduate, Rolph spent a year abroad as a Rotary Youth Exchange student in Arad, Romania, and took that opportunity to travel to Slovenia, Austria, Germany, the Czech Republic, France, Holland, The Netherlands, Hungary, and Italy. While in graduate school, she studied in Argentina and Thailand as part of her master’s program.

“I specifically chose to study at universities in Argentina and Thailand because I’d never been to South America, and due to my interest in Southeast Asian culture,” Rolph explained. “These experiences and subsequent travels exposed me to profound historical and current economic, political and social challenges in those parts of the world.”

She was particularly drawn to in-depth learning in international relations, human rights, political conflicts, immigration, and cultural globalization. “These topics also were relevant at MCLA as an arts management and music student, since art and music often engage with such topics,” Rolph said. “I wanted to gain a deeper theoretical and global understanding of these major world topics.” 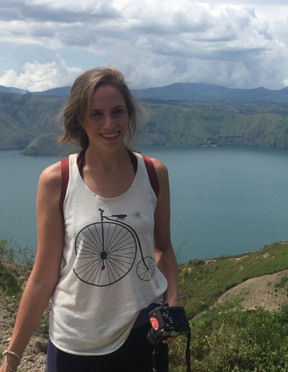 Because she arrived in Germany just prior to the peak of the refugee crises, Rolph was surrounded by numerous forms of artistic expression and projects that touched on the various challenges of mass migration, which inspired her thesis, titled“The Therapeutic Properties of Political Refugee Opera.”

“Results from my case study revealed how political theatre or opera practices can foster strong intergroup relations and offer participants a chance to engage in complex topics, experiment with role play, and ultimately build capacity to adapt to their new environments,” Rolph said.

During her semester in Thailand, Rolph applied for and secured an internship in Budapest, Hungary, at the Bakelit Multi-Art Center, which she feels certain that her arts management degree helped her obtain. As a public relations intern, she prepared media kits and social media content for festivals in other countries, such as the Festival de Videodansa de Palma in Spain and the Third Annual Hungarian Contemporary Dance Festival in Berlin.

Rolph said her arts management degree played a large role in helping her to secure her new job, due to the many marketable and practical skills that she took away from the major.

“Community development in general is an important term, because it is much more than simply organizing events, but it’s also creating a community, fostering long-term relationships, performing outreach, and being a mediator between various people and groups,” Rolph explained.

“I learned these types of skills through various activities, internships, and classes at MCLA, including running an acapella group, producing events with MCLA Presents!, and coordinating a street festival with the ‘Performing Arts Management’ class. Looking back, MCLA really prepared me with many people skills to excel in future jobs such as this one.”