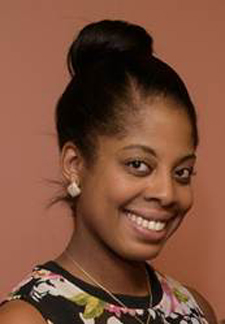 “When I first heard about this new program I remember feeling like someone finally understood the need to try something innovative to allow access to higher education to people like myself, who wanted to get a degree, but also had other obligations that didn't allow time to participate in a traditional college education,” Westbrook said. “Joining this cohort was my chance to advance my education and still maintain the other aspects of my life.”

While she completed her bachelor’s degree at MCLA, Westbrook worked as a family support worker for the Family Resource Center at Berkshire Children and Families (BCF). She went through the program with other students who, like herself, were full-time, working parents.

“We were a group of people who could relate to one another and encourage each other when things felt difficult. The cohort design and the caring people that I was surrounded by was an essential part of my success in the program,” Westbrook said.

A year after she earned her degree, the program manager position opened up at BCF, and Westbrook applied for, and got, the job.

“The agency was looking for someone with a bachelor’s and thankfully, because of the cohort, I had one,” Westbrook said. “After a little over a year later, I was promoted to program director of the Family Resource Center program.”

According to Westbrook, MCLA’s degree completion program gave her the jump start she needed to advance her career. “The support and encouragement we received as a class from all of the professors and advisors during the cohort experience was amazing.”