Kayla Wendling 14 Found Her Passion, Then Made It Her Career 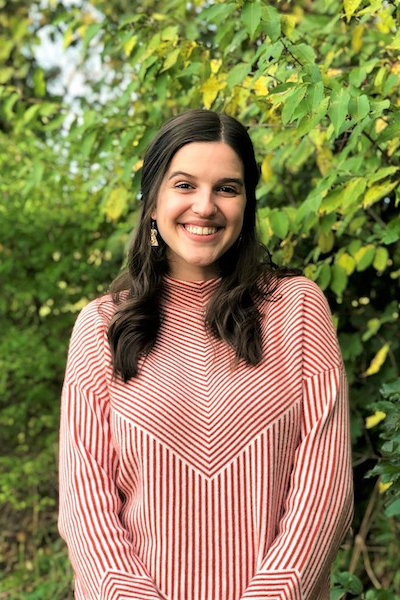 The first internship Kayla Wendling '14 had was at Berkshire County Regional Housing Authority (BCRHA) in Pittsfield, where she still works today.

There are many paths you can take after earning a degree in psychology, and there are many ways the skills you’ve learned can be of service to others. After graduating from MCLA in 2014, Pittsfield, Mass., native Kayla Wendling used what she learned in her MCLA classes to pinpoint what she was most passionate about and where she would be able to make the greatest impact.

Wendling first attended UMASS Amherst for two years, then transferred to MCLA as a sophomore. “I realized it was overwhelming,” she said, “and I was needing something smaller and more intimate.” As a psychology major and social work minor, Wendling was on track to pursue a social work master’s after graduation. But as she researched graduate programs at Champlain College in Burlington, Vt., she discussed with her advisor which MCLA classes she enjoyed most. Based on that information, mediation was recommended as a concentration. Although she had never previously been interested in it, Wendling took a leap of faith and fell in love.

Her first internship was at Berkshire County Regional Housing Authority (BCRHA) in Pittsfield, where she still works today, having moved up to coordinator and then director of the organization’s Dispute Resolution Center.

“It’s a nontraditional housing authority in that we have various programs — some very related to housing, some not,” said Wendling. “The overarching mission is early intervention and prevention.”

BCRHA’s mediation program was launched to address issues in the community, a lot of them stemming from tenant-landlord disputes. The program has grown from there. Wendling and other mediators, both staff and volunteers, provide direct services to clients, which includes anything from small claims to evictions. They also offer mediation training, which teaches the important skills of communication and active listening, which Wendling says can be applied to any job or personal relationship.

Right as she was joining the organization, BCRHA Executive Director Brad Gordon had the idea for a school program. Mediators are now a presence at two Pittsfield public schools — Conte Elementary and Reid Middle School — with plans for expansion to Taconic High School.

It is becoming the norm, says Wendling, for the schools to call the center’s mediators instead of using punitive measures. “We’re hoping that with early prevention, we can get at the problem before it turns into something big,” she said, “especially in middle school, where time moves very fast.”

Mediators teach the children the skills needed to approach conflict in a more productive and effective way. And the numbers show the need. Last year, Wendling reports, the center conducted a total of 60 mediations in the two schools. By September of this year, the staff had already conducted 16.

Wendling credits MCLA, its professors, and their creative classes with helping her figure out where her passions lie. “MCLA really opened up my eyes to see there was so much more out there,” she says.

“At UMASS I had a 2.7 GPA, and I graduated from MCLA with a 3.8,” she said. “It was so telling. I wish I had gone there from the start. MCLA helped me realize who I was and what I wanted to do.”