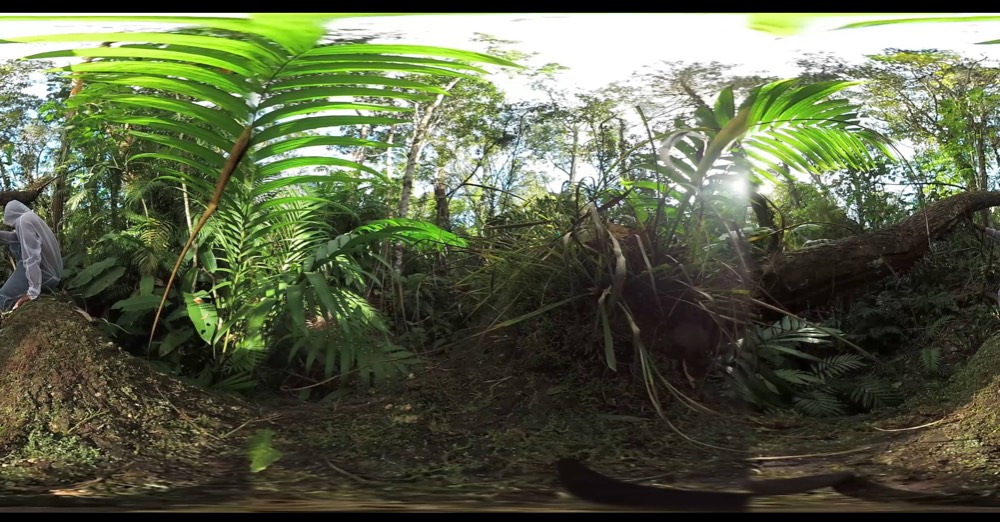 The contraposition of two views; an external gaze (tourist, emigrant, artist), and the other look  belonging to the landscape as an entity (nation/government). Both gazes are followed when they  wander a territory that endures from speculation and preoccupations of the environment.

The videos discuss a relationship that moves in both directions and can refer to migratory  dynamics and extraction policies. Both the geography and the inhabitants of a place and its  tourists (Immigrants) are participants. The geopolitical displacement of human bodies—both  current and historical—where the newcomer is confronted with an ideological normalization by  his new host that regards ‘the other’ as alien/stranger. I am concerned with observation processes  in which the social and psychological aspects of the interaction between art and the artist, the  public, and the environment play an essential role.

The relationship between the politicized black body and the Caribbean landscape is essential in  this context, as thinking about art and how it operates has a central place in the critical role that  cultural signifiers can play in forming a national identity, specifically, historically displaced  Afro-Latinos' self-identity.

For the video production, the images and audios are intentionally factually exaggerated and  inconsistently staged by recording in a digital format with a 360 camera, which allows the  spectator to interact with the video. Approaching the viewer in the game of gazing, controlling the gaze, and/or observing the tourist (emigrant). The camera captures footage that mimics the  Caribbean rainforest and the security cameras used for border surveillance and policing bodies  combined with still images of Costa Rica Caribbean Coast; around the area where they recently  discovered remains of a sunk shipped that transported black enslaved bodies. It also demands a  temporality and attention that goes against the immediacy with which moving image recordings  are produced and consumed today.

Moskito is a play on the term ‘Miskito’ a reference to an ethnic group in Honduras and Nicaragua, also Mosquito  Coast, a territory that it is believed extended during Spanish Colonial period from Honduras to Panama. 2 Gloria, Anzaldúa. “Now let us shift the path of conocimiento inner work, public acts.” In This bridge we call  home: Radical visions for transformation, edited by G. Anzaldúa & A.Keating (pp. 540–578). New York, NY:  Routledge, 2002.

Robinson’s art, which is informed mainly by African-American traditions, challenges the conventional representations of black identities in art history, mainstream culture, and the official national narratives, especially those of Costa Rica. With an often ironic and rhetorical take on the constructs of racism, this practice endeavors to confront the hierarchies and conceptions inherited from colonialism in order to subvert the mindsets and prejudices ingrained in our social experience.