ALL PROGRAMS ARE SUBJECT TO CHANGE

Many of our past programs are also available on the BCRC YouTube playlist. 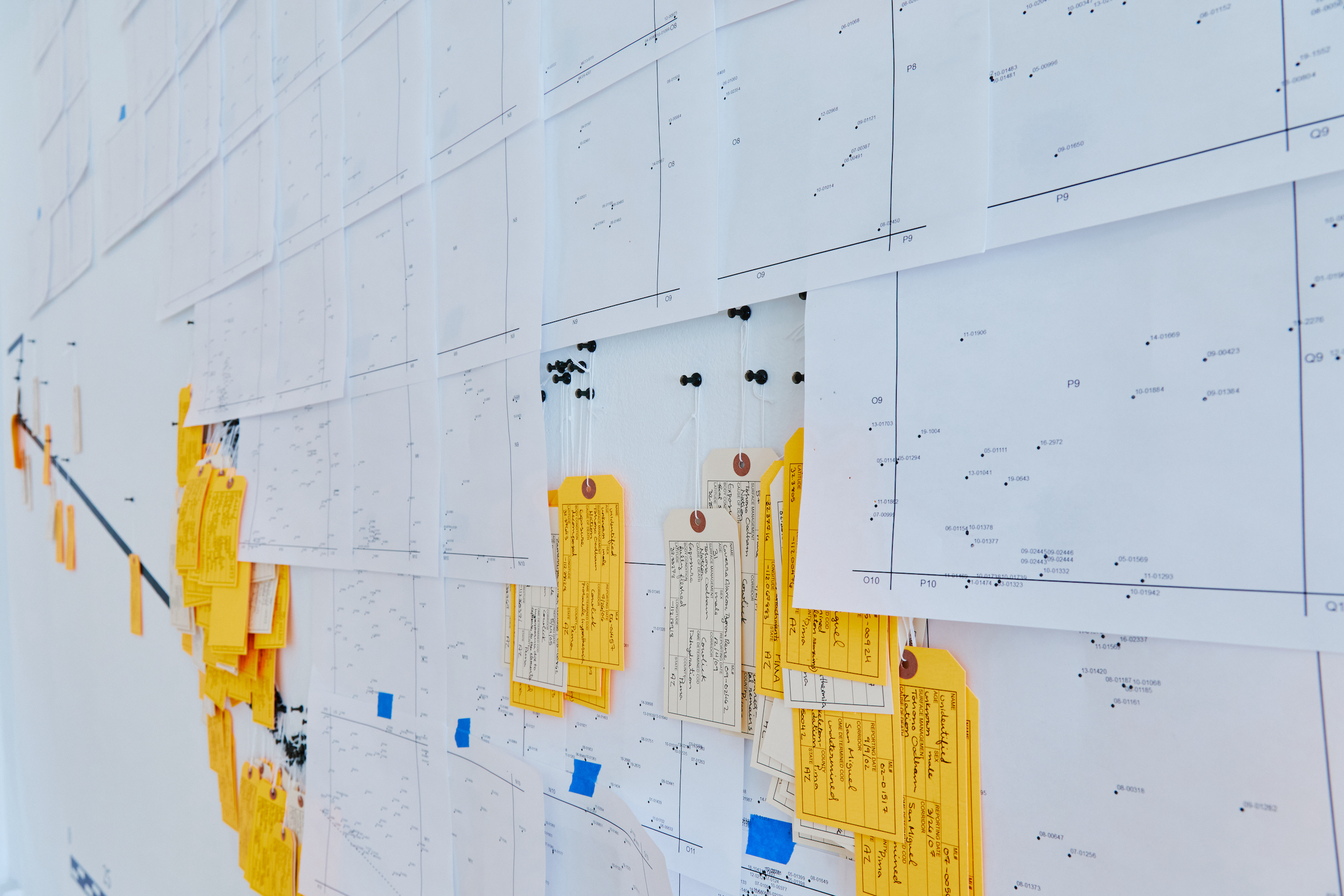 Hostile Terrain 94, the work in which Gallery 51’s Hostile Terrain exhibition is rooted, is based on the documentation and tracking of the mortality rate associated with the migration across our southern borders between Mexico and California. The Hostile Terrain map is made up of toe tags from the remains found along the border. We received over 3000 toe tags and have only completed 1500. Come participate and experience this process and documentation. In June, Gallery 51 will open the doors to the Art Lab (next door to the gallery) for people to make an appointment to come by and fill out toe tags for our Hostile Terrain map. We need your help to complete the map! Reach us via phone or email at Gallery 51 to make an appointment. We will do our best to accommodate very small groups and individuals. With your help, we can complete all the tags before the show closes. Call 413-662-5320 or email gallery51@gmail.com to make an appointment. This is very important work, and we appreciate your participation and your help! Learn more at www.mclahostileterrain.com.

The Black History in Art History: The Art Market during the Atlantic Slave Trade and its Aftermath 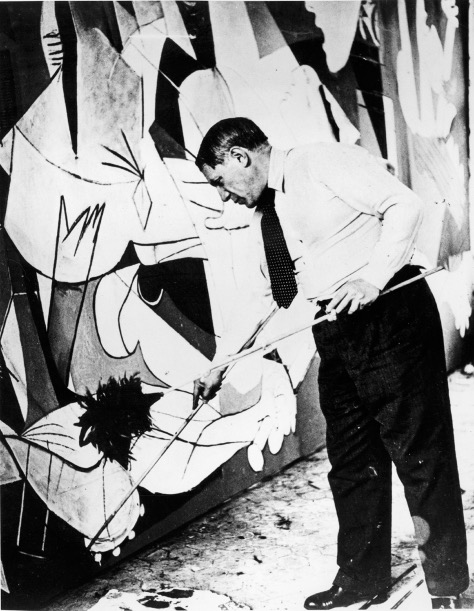 MCLA’s BCRC is excited to launch a series of discussions around American history, its art history and its Black History. Looking to explore and illuminate the understanding and impact of Black Culture, particularly Black visual culture on and in American culture, we will be talking with artists, scholars and practitioners across disciplines, to contribute to the discussion and share their research and knowledge. In July, we will offer virtual programming, kicking off with a 3-part series with artist and art historian Vincent Johnson.

Artist and art historian, Vincent Johnson asked, “Why has the Harlem Renaissance never been perceived to have created a lightning aesthetic and sublime philosophical ideal equal to what is perceived to have been achieved by New York’s Abstract Expressionism followed by Pop?” Johnson’s nearly year-long history of the African Experience in America on social media garnered international attention showing the spectacular forces invested in the West’s elevation. Next, Johnson showed that the phenomenal wealth generated by the Atlantic Slave Trade was often the primary tool for fueling the cultural life of the Western arts from Paris to London and its colonies. It was the elite planters’ operations which created riches for patrons and art collectors on both continents of the Atlantic. Counter to this was the unrelenting multi-prong physical, written, visual and verbal devastating assault on the African in and out of America for centuries. The Harlem difference is therefore explained. 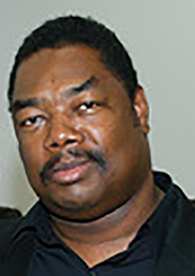 Vincent Johnson (b. 1956, Cleveland, Ohio) is a writer and artist based in Los Angeles, which provides landscape and inspiration for much of his work. Turning his camera often toward architectural artifacts, Johnson documents the transformation and decay of North American cities. He brings to his work immense research and knowledge of cinema, architecture, and art history, effortlessly alluding to phenomena like urban decay in the absence of human subjects. He likens his textured, rich photographs to staring through the window on a Los Angeles drive — a duality between the “temporary encounter” of an object and the “enduring intimacy” that memory savors. He received his MFA from Art Center College of Design, Pasadena, CA, and has exhibited widely at MoMA PS1, New York; the SK Stiftung, Cologne; Santa Monica Museum of Art; the Studio Museum in Harlem; and LAXART, Los Angeles.

Register for the 3-part series HERE. 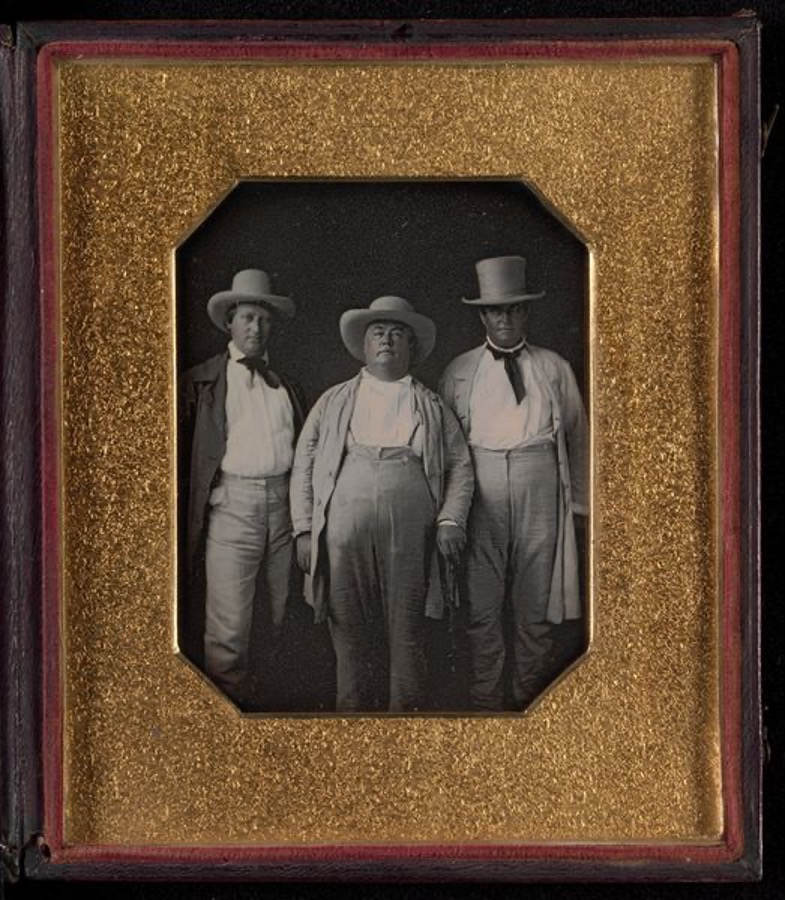 Part I of The Black History in Art History: The Art Market during the Atlantic Slave Trade and its Aftermath. Register HERE. 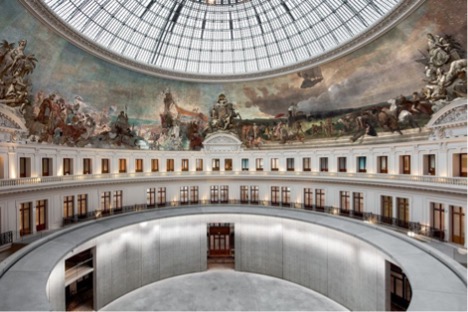 Part 2 of The Black History in Art History: The Art Market during the Atlantic Slave Trade and its Aftermath. Register HERE.

Wednesday July 21: Where Are We Today, A Brief Historical Walk Through from the Mississippi Panorama Forward at 8pm EST/5pm PST 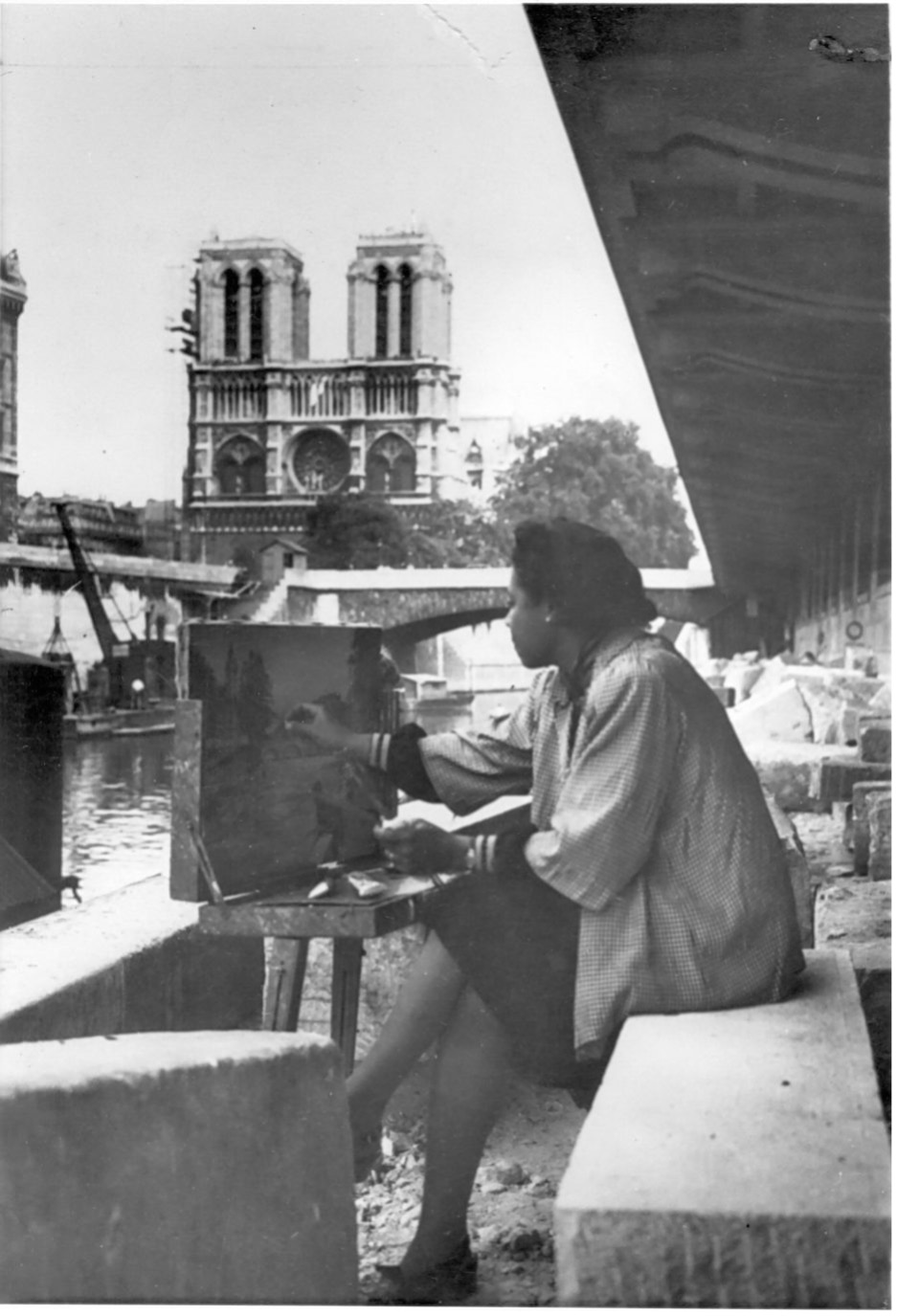 Part 3 of The Black History in Art History: The Art Market during the Atlantic Slave Trade and its Aftermath. Register HERE.

Black Visual Culture: Its Origins, Its Evolution and Its Impact 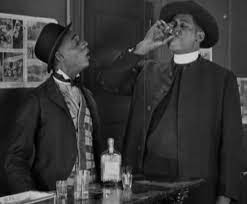 In this four-week program we are offering a critical analysis of Black Visual Culture, what it is and some of the central facets that define it. Artist and Writer, Nan Collymore will be leading the sessions to provide an overview of the construction of Blackness in the contemporary art world and how some artists have sought to re-construct self in different ways.  At the end of this short introduction to Black Visual Culture, there will be a list of suggested texts for further reading. 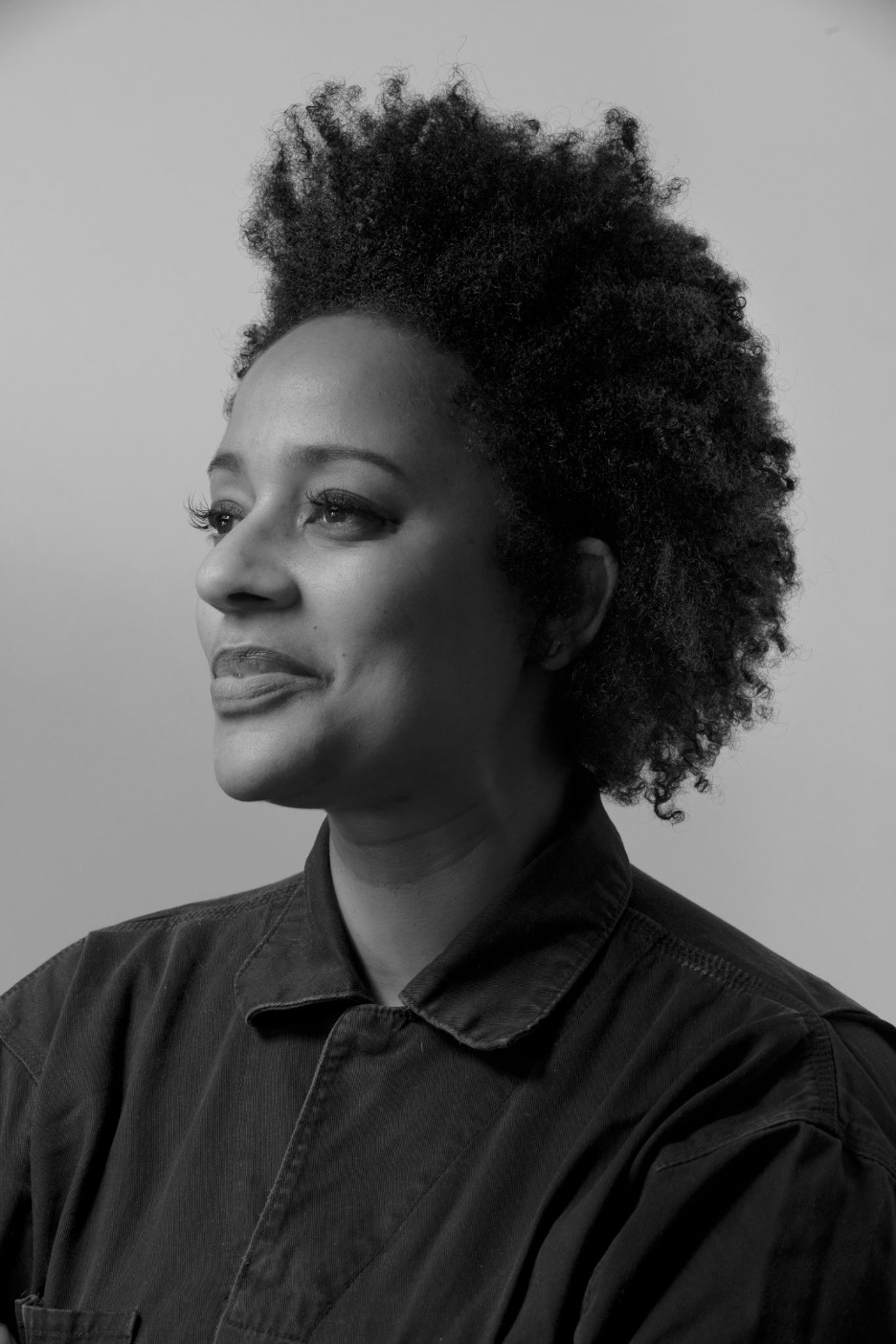 Nan Collymore is often working by re-making or re-forming materiality into visual projects or palimpsests to re-frame a conversation on the intricacies of subjectivity. She is deeply committed to the theory of dress and through her art-making and writing seeks to unfurl the role that the body plays in dress’ performativity and its construction of cultural and gendered constructs.

Nan makes work that is tactile and continuous—as though the end of one piece seamlessly belongs to the beginning of the next one. Her recent projects are Soft Material with artist Celia Lesh, There Are Black People In The Future book with Alisha B. Wormsley, Dress II, Editor of The Black Aesthetic Series III, She is Contributing Editor of The September Issues, and Contemporary and, a mother and an inter-disciplinary artist.

Register for the four-part series HERE. 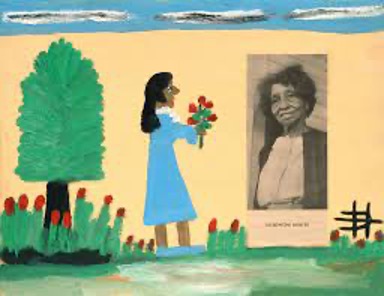 Part 1 of Black Visual Culture: Its Origins, Its Evolution and Its Impact. Register HERE.

This conversation will act as an introduction to this short course in Black Visual Culture. Taking an international approach, we will delve into the many styles and movements that Black cultural producers have created. We will use a mapping model to show the different historical pathways Blackness travels through from process to production. 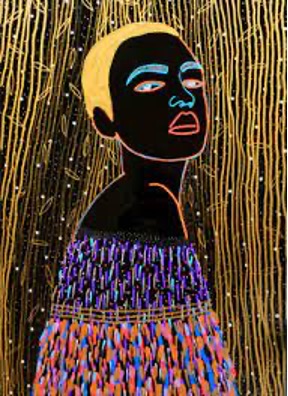 Part 2 of Black Visual Culture: Its Origins, Its Evolution and Its Impact. Register HERE.

Following on from last week’s conversation around mapping, here we will take a look at the need to create new methodologies in order to understand Black Visual Culture. "It doesn’t matter if a Black person is behind the camera or not, because the camera itself functions as an instrument of the White gaze."  -Arthur Jafa. If we begin from this premise, how then do we create archives, write about Black Visual Culture and create work that demonstrates a Black gaze? 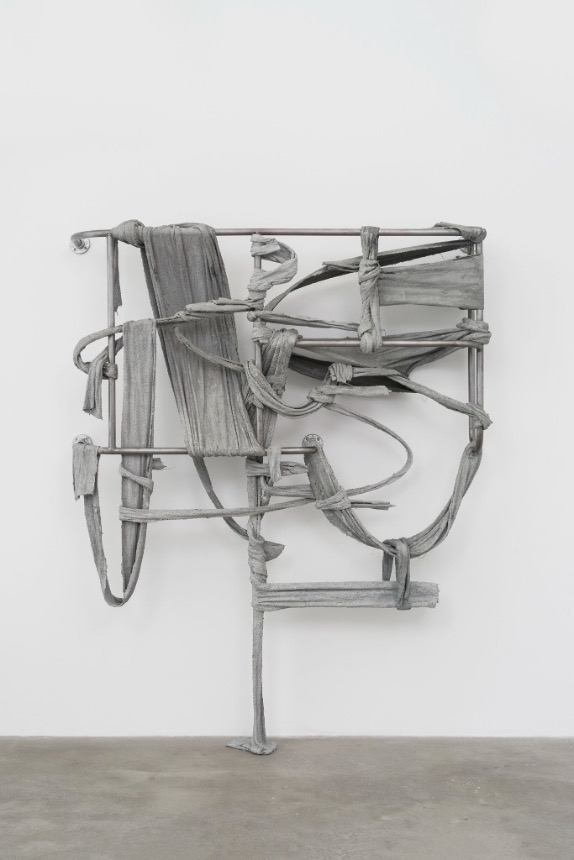 Part 3 of Black Visual Culture: Its Origins, Its Evolution and Its Impact. Register HERE.

We cannot speak about art without looking at the many intersections between groups traditionally excluded from the Contemporary Art World. This week we will look at Zanele Muholi, Marlon Riggs, Diedrick Brackens and Nikita Gale.

Wednesday August 25: Who are the Real Outsiders? A Look at the History of Folk Art at 5pm EST 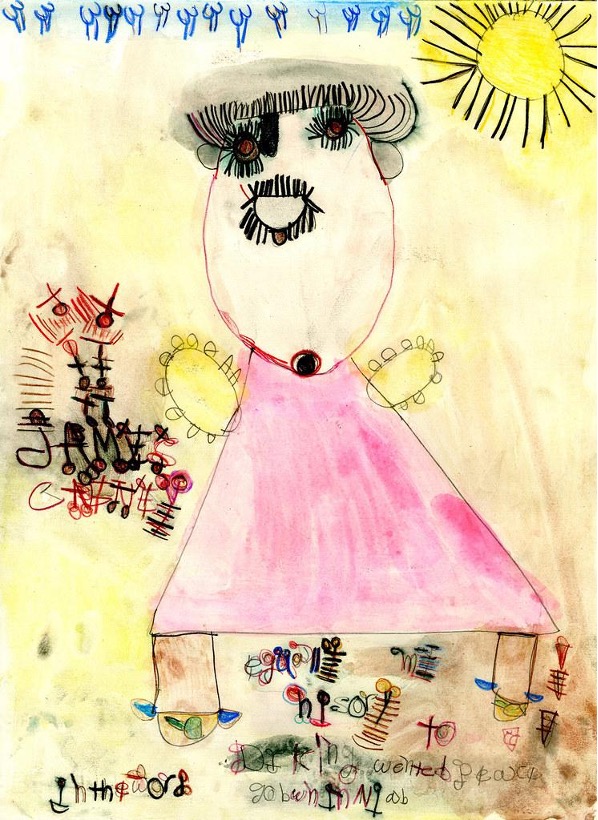 Part 4 of Black Visual Culture: Its Origins, Its Evolution and Its Impact. Register HERE.

The Contemporary Art World has a long history of categorizing Black Visual Culture in ways that ghetto-ize it. In this session we will take a look at the narrative that centers whiteness and seeks to define art movements rooted in Black study as inferior and take steps to reverse that story.