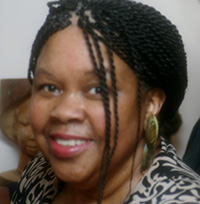 Frances Jones-Sneed is a professor of history (Ph.D., University of Missouri) and former Director of Women Studies at Massachusetts College of Liberal Arts in North Adams, Massachusetts. Jones-Sneed has taught and researched local history for over twenty-five years. She directed three National Endowment for the Humanities (NEH) grants entitled “The Shaping Role of Place in African American Biography” in 2006 and “Of Migrations and Renaissances: Harlem/NY & South Side/Chicago, 1915–75” in 2008, and "African American Biography" on 2011, all “We the People” projects. She spearheaded a national conference on African American biography in September 2006, is co-director of the Upper Housatonic Valley African American Heritage Trail, a former board member of MassHumanities, and is presently a member of the Samuel Harrison Society. She was a 2008 NEH Summer Fellow at the W. E. B. Du Bois Institute at Harvard University and is currently editing the autobiography of a 19th century local minister, Samuel Harrison and working on a monograph about W.E.B. Du Bois.

African Americans in the Berkshires

The primary purpose of the African Americans in the Berkshires Project is to tell the story of the African American experience in Berkshire County from 1750 to the present through short vignettes through nine chronological periods that document their courage and determination in the face of adverse circumstances to overcome immense odds to fully participate in all aspects of American society. Martin Luther King, Jr. said in his famous “I Have a Dream Speech,” When the architects of our republic wrote the magnificent words of the Constitution and the Declaration of Independence, they were signing a promissory note to which every American was to fall heir. This note was a promise that all men would be guaranteed the inalienable rights of life, liberty, and the pursuit of happiness.” When Thomas Jefferson penned the words to the Declaration of Independence that, "All men are created equal," he could not possibly have envisioned how literally African Americans would take his words. In Berkshire County there is a long list of African Americans that have made significant contributions to defining the tenets of freedom and democracy and shaping and changing the definition of what it means to be an American. A few examples are Elizabeth “Mumbet” Freeman Mumbet made a huge impact in our society when she became the first African American woman to sue for her freedom in Massachusetts and win. For her triumph and spirit, Berkshire County, the state of Massachusetts, and the nation should honor her. Of course, the best-known citizen of African ancestry was W.E.B. DuBois who single-handedly revised America’s understanding of reconstruction and the legal rights of African Americans. Others include the revolutionary war hero Agrippa Hull, the famous photographer of the Harlem Renaissance, James VanderZee, Frank Grant of the Negro Baseball League, and Samuel Harrison, the Chaplain for the 54th Regiment in the Civil War.

My dissertation, "The Bottom of Heaven: A Social and Cultural History of African Americans in Three Creeks, Boone County, Missouri 1865-1930," focused on the cultural patterns within a community of land holding African Americans in a post Civil War county in central Missouri. The editor of the Missouri Conservationist invited me to write an article based on the dissertation for their publication and it appears in the October 1992 edition. I have presented several conference papers drawn from the dissertation, two of which, are revised and submitted to Agricultural History and the Journal of Women's History.

I am currently working on a number of projects ranging from a revision of my dissertation to an edited autobiography of Samuel Harrison. After participating in the Upper Housatonic African American trail Guide project, my teaching focus now encompasses much of my research and it is an exciting time for me.