Campus Alert
Due to the interruption of water on campus all day and evening classes have been canceled for today. More information to follow.
Campus Alert Learn More

The initiative builds on the prototype of The Yellow Bowl Project, an interdisciplinary exploration Berkshire Cultural Resource Center launched in the Fall of 2017.  By centering multiple cultural activities and opportunities for reflection around the prompt what does it mean to be an American, we saw students’ develop the ability to synergize their experience with the art and the relationship to their personal understanding and relevance. Students across classes wrote responses to the prompt. A wide range of essays, poems and reflections were selected to be shared at a reading at Gallery 51 and were published on the SmartCommons Blog.

Erica Barreto '18, an English/Communications major, experiences the exhibit from the lens of three classes-a senior capstone course on race, a Writing in the Arts course that she TA'd and her Fundamentals of Arts Management course. Two of those courses also featured class visits with artist Setsuko Winchester.

Through the process, "I got to engage with faculty and students from different disciplines. Barreto said, "which was really rewarding. You get more out of something when you get to hear other voices and interact with different people [outside your major]."

This project has potential to:

Hardman Writing in the Arts Fellow
Aruna D'Souza writes about modern and contemporary art; intersectional feminisms and other forms of politics; and how museums shape our views of each other and the world. Her work appears regularly in 4Columns.org, where she is a member of the editorial advisory board, and has been published as well in The Wall Street Journal, Art News, Garage, Bookforum, Momus, Art in America, and Art Practical, among other places. Her book, Whitewalling: Art, Race, and Protest in 3 Acts will be published by Badlands Unlimited in May 2018. She is also editor of the forthcoming volume Making It Modern: A Linda Nochlin Reader, coming out from Thames & Hudson.

Aruna D'Souza writes about modern and contemporary art; intersectional feminisms and other forms of politics; and how museums shape our views of each other and the world. Her work appears regularly in 4Columns.org, where she is a member of the editorial advisory board, and has been published as well in The Wall Street Journal, Art News, Garage, Bookforum, Momus, Art in America, and Art Practical, among other places. Her book, Whitewalling: Art, Race, and Protest in 3 Acts will be published by Badlands Unlimited in May 2018. She is also editor of the forthcoming volume Making It Modern: A Linda Nochlin Reader, coming out from Thames & Hudson. 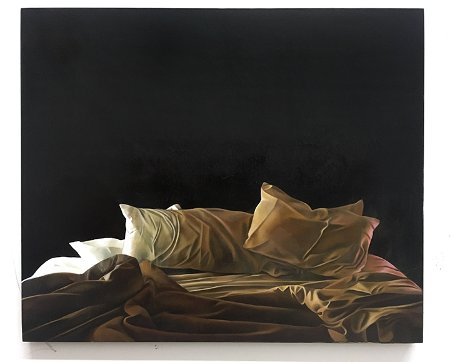 SPECTRUM brings to MCLA Gallery 51 a reflection and conversation on the gender continuum—exploring cultural and social issues of gender roles, norms and identification. The work examines masculinity, femininity and gender identifications between and outside of this binary.

MacArthur ‘Genius’ Fellow and Jacob’s Pillow Dance Award winner Kyle Abraham is “a remarkable talent” (San Francisco Chronicle). Abraham will be in residence at Jacobs Pillow developing a new choreographic work.  His most recent work Dearest Home performed at the Pillow in 2017, is an interactive dance performance that explores cultural views and exchanges about love and the absence of love.

Kyle Abraham (Artistic Director) 2016 Doris Duke Artist Award recipient and 2015 City Center Choreographer in residence, Kyle Abraham  (Pittsburgh, PA) is a 2013 MacArthur Fellow. Previous awards include being named a 2012 USA Ford Fellow, a Creative Capital grantee, and receiving a 2012 Jacob's Pillow Dance Award. In 2010, Abraham received a prestigious Bessie Award for Outstanding Performance in Dance for his work in The Radio Show and a Princess Grace Award for Choreography in 2010. The previous year, he was selected as one of Dance Magazine's 25 To Watch for 2009.

Talk Together: Dance We Must

Enter the world of Jacob’s Pillow founder Ted Shawn and visionary modern dancer Ruth St. Denis. Over 350 objects from the Jacob’s Pillow Archives, including bejeweled and embroidered costumes pulled from the antique touring trunks, photographs, props, backdrops, and original artworks offer a glimpse into the early careers of this pioneering couple. The Denishawn Company, founded by Shawn and St. Denis in 1914, ushered in a new era of modern American dance. Breaking with European traditions, their choreography connected the physical and spiritual, often drawing from ancient, indigenous, and international  sources. The exhibition covers the first three decades of the twentieth century charting the movements of St. Denis and Shawn from Los Angeles to Asia to Becket, Massachusetts. Ruth St. Denis and Ted Shawn transformed dance in America.

Borrowing from a variety of influences percolating through elite culture including Theosophy, the Occult, and Orientalism with specific interests in Buddhism and Hinduism, the two forged new territory in international dance after founding Denishawn, a dance school and performing company in 1915. Denishawn made contributions to what would become a recognizably modern and American style of movement by discarding traditions of European ballet.

St. Denis’s and Shawn’s appropriation of non-Western and indigenous forms of movement was a search, in their eyes, for more “authentic” modes of self-expression than what many of their peers in their predominantly white and upper class circles believed existed in the industrialized West. However, it is not possible to separate Shawn’s Native American works from the continued marginalization of indigenous peoples in the United States and globally. Similarly, St. Denis darkening her skin with makeup to appear Southeast Asian can be interpreted as cultural imperialism that brings to the fore white performers’ privilege–then and now–to adopt at will the identities of people of color.

After separating from St. Denis in 1930, Ted Shawn purchased a rundown farm in the Berkshires known as Jacob’s Pillow. There he laid the groundwork for his revolutionary company of Men Dancers and the now internationally-renowned dance festival. Shawn’s choreography placed men, rather than women, as the dominant bodies in dance, and provided insights into discourses of masculinity and queerness in early twentieth century America.

WCMA and Jacob’s Pillow are jointly undertaking a project to conserve, research, and fully catalogue these archival materials. The elaborate costumes of St. Denis, Denishawn, and the Men Dancers, some of which date to the early 1900s, are emerging from the original company touring trunks for the first time in decades.

Allison Janae Hamilton’s work, including photographs, videos, sculptures, and installations, is influenced by the sights and sounds of the southern landscape. Sustainability and the future of this verdant, balmy environment — and the environment at large — are significant themes in her practice. A mix of personal realities and epic narratives, the artist’s rich vision of the rural landscape is a lens through which she explores the intersection of agricultural, environmental, and social histories that continue to inform the present.