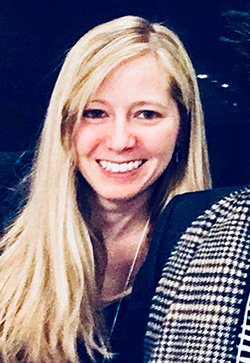 ENGL 441: Faulkner and the Global South

ENGL 441: Modern and Contemporary Black Literatures of the Americas

In my literature and writing courses, students interact with a range of texts, cultural perspectives, and ideas and are active participants in the production of knowledge. I value the free exchange of ideas and work to make my classroom an environment in which even introverted students will feel comfortable expressing themselves. Through their active involvement in class discussions, my students develop the ability to engage with texts and with language on a deeper level and, as a result, to harness their power to affect change in their fields, the academy, or the world at large.

My research and teaching focus on Global Anglophone and Global South Literatures, African American and African Diasporic Literatures, and Postcolonial Theory. More specifically, my research analyzes representations of interracial intimacy, racial and gender hierarchies, and colonial inheritance in literature from throughout the hemispheric Americas. My current book project, under contract with the University Press of Mississippi, examines literary representations of sexual policing of the color line across spaces with distinct colonial histories and constructions of race: Mississippi, Louisiana, Haiti, and the Dominican Republic.

As MCLA’s Chair of Undergraduate Research, I both build in-depth research projects into my own courses and help students from across campus participate in academic discourse on a larger scale. As a Faculty Coordinator of Diversity and Inclusion, I play a key role in the MCLA Day of Dialogue, as well as other initiatives, such as developing the campus’s Equity Action Plan.

My new community-based leaning course, “Open Up: Community Dialogue Workshop,” puts my antiracist scholarship into practice, bridging the gap between theory and social change. I collaborate with MCLA students to develop interactive workshops for local high school students that encourage dialogue on topics like race, racism, and identity through the use of media, such as the Netflix series Dear White People.

“‘For fear of a scan​dal’: Sexual Policing and the Preservation of Colonial Relations in William Faulkner and Marie Vieux-Chauvet.” Faulkner and the Black Literatures of the Americas. Ed. Jay Watson and James G. Thomas, Jr. Jackson: University Press of Mississippi, 2016. 183-193.

“‘My memory of the genocide stops here’:The Poetics of Traumatized Subjectivities and Colonial Inheritance in Tierno Monénembo’s The Oldest Orphan.”  The Journal of Commonwealth and Postcolonial Studies 3.2 (Fall 2015): 16-33.