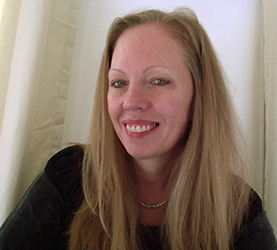 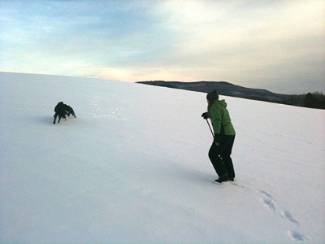 I grew up in Denver, Colorado and attended the University of Denver.    A French major, I also studied at the University of Aix-Marseilles in southern France. Upon graduation I traveled to Madrid, Spain, then returned to the United States where I taught English as a Second Language (ESL) to immigrant groups in California, Ohio and Oregon. My work in ESL opened my eyes to structured inequality and the varied forms it took for my students, including labor exploitation, job and housing discrimination, food insecurity, poverty, limited health care,  and sometimes physical violence. This is how I developed my interests in sociology and social inequality.

My Ph.D. dissertation examined the historic international prosecution of gendered war crimes that took place following the Bosnian War. I have presented and published works on gendered war violence and other topics, including an MCLA Mind’s Eye essay on teaching the sociology of happiness.

Broadly speaking, my teaching and research interests focus on contemporary social problems and identifying the sources of power inequality that produce them. My courses are organized around critical thinking and social justice principles. War, genocide, crime, poverty, slavery, environmental devastation and many other social problems are not new to the 21st century. Yet understanding the sources of conflict may be more important today than ever before. We must chart paths toward building more harmonious societies before it is too late. With this in mind, many of my courses examine how ordinary people contribute to extraordinary social change.

A solid liberal arts education is important for individual growth and success in the 21st century. I believe it is also a critical component of a broader project in education for human/global survival. These are some of the ideals that I emphasize in my classes and hope to impart to students.

Visual Sociology and The Graphic Novel/Narrative

Manuscript Reviewer. The Journal of Gender and Society. (2011)

The Construction of Rape as Crime Against Humanity. Ph.D. Dissertation, Brandeis University. (2006)