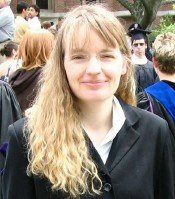 At MCLA, I coordinate the Interdisciplinary Studies program and the Minor in Cross-cultural and Social Justice Studies. I also teach in both programs. With a broad range of academic interests ranging from Anglophone African and South Asian Literatures; Urban Studies and Cultural Geography; to Transnational and Global Studies, I am passionate about teaching across the disciplines, and engaging students in the analysis of important issues in culture and society, drawing on insights, concepts, and approaches from disciplines such as sociology, psychology, cultural anthropology, history, literature, and cultural studies.

My research focuses on city fiction in postcolonial Anglophone African and South Asian literature. In particular, I am interested in literary imaginings of urban spaces and identities, and in literary configurations of urban, national, and diasporic (un)belonging in contexts of marginalization, displacement, and dispossession in metropoles such as Bombay (Mumbai), Lagos, and London.

“Outcast Voices in the Underbelly of the City – Anosh Irani’s The Cripple and his Talismans. Navigating Bombay’s streets and finding a humanism in ‘awe of the other’ while searching for a lost arm” MLA (Modern Language Association) International Symposium, at the Universidada Catolica Portuguesa, Lisbon 23-25 July 2019.

(invited speaker). “The City Writ Small: Neighborhoods, Streets, and Apartments. ‘Cityness’ and Urban Conviviality in the Literary Imagining of Bombay and Lagos,” paper presented at the ASNEL (Association for the Study of the New Literatures in English) conference on “Re-Inventing the Postcolonial (in the) Metropolis” at Chemnitz University of Technology, Germany (May 9-11, 2013).

“Human Rights in a Carceral Society – Helon Habila’s Waiting for an Angel,” paper presented at the 38th Annual Meeting of the African Literature Association, SMU, Southern Methodist University, Dedman College, Dallas, Texas, April 11-15, 2012 on Human Rights, Literature, and the Visual Arts in Africa and the Diaspora.