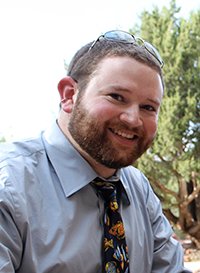 I am interested in the ecology and evolution of learned predator recognition and avoidance, and the relationship between morphology and behavior. I focus on the importance of learning and behavior during early life stages, when prey are predator-naive and must readily learn a variety of sensory cues associated with potential predators. Learning is a robust, highly plastic (i.e. adaptable) trait, that is widespread across the Animal kingdom. Learning can be used to recognize, food, mates and potential predators. However as individuals grow they must often change learned response behaviors, especially to predator-associated sensory cues. These changes are often associated with shifts in developmental stages (ontogeny).

My research focuses on the use of predator-specific sensory cues to learn potential predators, to understand: 1) how learning occurs 2) how learning changes, and 3) how the ability to learn may change with varying environmental conditions, including geographic isolation and predator variability. 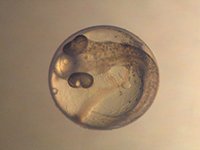 I work with the Threespine Stickleback (Gasterosteus aculeatus) and Malawi Lake Cichlids (Tropheops sp.), both fish are model organisms for the study of evolution, behavior, and genetics. Stickleback and Cichlids have each undergone an adaptive radiation, where many daughter populations or species have come from a shared common ancestor. 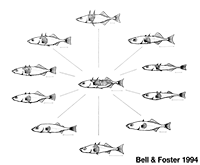 In threespine stickleback, an ancestrally marine species, the daughter populations stickle fossil wheel are found in isolated freshwater lakes. These lakes vary in size, shape and predator regimes creating a diverse range of environmental conditions. Geological evidence suggests that the marine population remains similar to the ancestor, giving us a trajectory of adaptation from ocean to freshwater. Examination of different freshwater populations (ecotypes) suggest variation in behavior and the potential for variation in the ability to learn. Malawi Cichlid are a freshwater radiation within a single lake, Lake Malawi, in the African rift valley. All of the over 200 species in the lake are believe to have evolved from a common ancestor, and each species (or ecotype) occupies a different niche, or place in the ecosystem).

I am interested in algae eaters which have become highly specialized on different types of algae, and as a result have undergone adaptations in their craniofacial morphology and behavior to improve foraging ability. In collaboration with Craig Alberston at the University of Massachusetts, Amherst, we are exploring links between head shape and behavior.

I am also interested in using zebrafish (Danio rerio), and Endler's Guppies (Poecilia reticulata) as model organisms to study learning behavior, and the role of learning in avoiding danger. Students interested in conducting research are encouraged to contact me.

Justin L. Golub and Susan A. Foster (in review). Embryonic learning of predators in the adaptive radiation of stickleback is both ancient and persistent.

Matthew A. Wund, John A. Baker, Brendan Clancy, and Justin L. Golub, Susan A. Foster (2008). A test of the 'flexible stem' model of evolution: ancestral plasticity, genetic accommodation, and morphological divergence in the threespine stickleback radiation. The American Naturalist. 172, 449-462.