“Deliberate Marking, Oblivious to Itself, But to Sing, to Sing, Very Softly” 2020 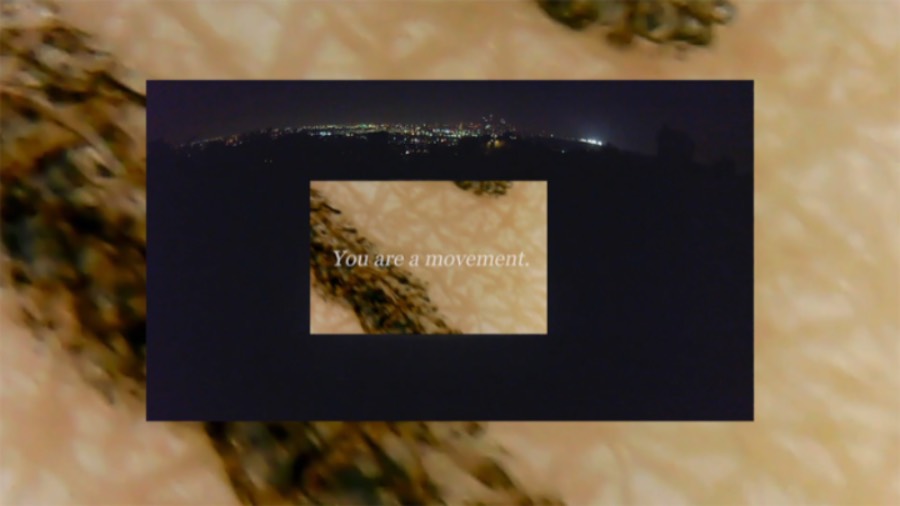 Jisoo Chung, “Deliberate Marking, Oblivious to Itself, But to Sing, to Sing, Very Softly” Video, 2020

Deliberate Marking, Oblivious to Itself, But to Sing, to Sing, Very Softly

Deliberate Marking, Oblivious to Itself, But to Sing, to Sing, Very Softly, is inspired by Theresa Hak Kyung Cha’s book Dictée.  Cha’s text searches through the history of bodies that are moved and unspoken through force. Chung’s piece contemplates her bodily presence in the current place and time she finds herself in as the mismatching of time, space, and body leaves her with a feeling of displacement. This displacement comes from the dissonance between micro perceptions and macro perceptions that are experienced simultaneously.

The experience of being confined to a room or the same domestic space day after day instigates a sensitivity at a micro level as demonstrated by Chung’s lens as it zooms in and along the surface of her skin. Drawing a map of Los Angeles across her body the video tracks her mark-making with a microscope camera. Under the circumstances of a global pandemic, political turmoil, racial violence, and her own immigration process, these seemingly colossal and uncontrollable forces nonetheless leave their impact on the body. Chung finds herself reflecting on these forces just as she tries to locate herself and her work and her practice within the geography of Los Angeles, and America.

Too close, but enormously far.
Touching, but not being able to see.
A horse with a fly mask during a war.
Time, cut off into minute slices and pieces.
Going forward but keep falling back to the current moment.
Sensual imbalance.
Displacement comes from this place.
But the way to carry on
is to sing for the moment.

Artist's Bio -
Jisoo Chung is an LA-Seoul based multimedia artist working primarily through video and installation. Her work navigates the relationship between individual and systems reflected on technology while considering body, space, and language. Born in Seoul, South Korea, Chung received her MFA from UCLA in the area of New Genres and her BFA from Seoul National University, in Paintings. Chung’s works have been shown in LA and Seoul including  Monte Vista Project, LA.;  Tiger Strikes Asteroid LA, LA.; Durden and Ray, LA.; 1748 adams, LA; Seoul National University Museum of Art, Seoul; CICA Museum, Seoul; Dongduk Women's University, Seoul; and Dong-shi-sangyoung Screening Project, Seoul. She is a nominee of the ArtSlant Prize showcase winner in the New-media category, a recipient of Human Resources LA Time/Space/Money residency fellowship. Her works will be presented at Korean Culture Center Los Angeles art gallery in April 2021.