Are Youth Sports in Crisis? An MCLA Professor and Her Students Look Beyond the Headlines 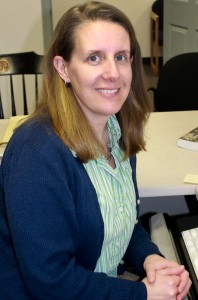 If you were to read a popular press book about the state of youth sports, you would think the situation needed immediate attention. According to some recent tomes, youth sports are in a crisis and parents are partly to blame. Their rude, aggressive, and overbearing antics are allegedly making the sports field a dangerous place for kids to be and the fear is that this might stop other parents and children from signing up to play.

“I read about 15-20 popular press books on the state of youth sports during my sabbatical,” said Dr. Maria Bartini, MCLA professor of psychology. “They painted a pretty dire picture, but academic literature paints a picture of positive contributions parents are making. So why are we seeing such a negative view from the popular press?”

Bartini and her students decided to find out for themselves which scenario was more likely to be true. She and her Fall 2018 Research Seminar in Psychology class sent out surveys to youth sports organizations across the country asking parents about their behaviors and attitudes at youth sporting events. They received responses from 23 different states.

The main finding, said Bartini, was that parents were reporting overwhelmingly positive and supportive behaviors. “The degree of difference of responses were, on a scale of 1-5, well over 4 for positive, and less than 1 and a half negative. It tells you the magnitude of the difference.” She said you might expect to find positive answers in a self-report but that the degree of difference was so big there must be a kernel of truth there. Plus, said Bartini, the results are consistent with other empirical research.

In the Fall of 2019, Bartini taught a class that attempted to answer the question “Are youth sports a vehicle for positive youth development?” Students observed parents at local soccer games for 8-14 year olds and looked at the data in an objective way. “We didn’t record anything identifiable,” said Bartini. “We observed from different areas of the sidelines and coded the categories.”

In total, the students made nearly 350 observations at nearly 50 soccer games, recording more than 5,300 verbal comments. The results were fairly consistent with the self reports in that they were more positive than negative, with 60-65 percent positive interactions such as encouragement and specific praise, 25-30 percent neutral, and less than 5% negative or critical comments. “We recorded only about 20 comments directed at referees, and nearly half of those were negative,” said Bartini. “So that’s what is contributing to the perception that parents are terrible — it’s what they’re directing to the other adults, the kids didn’t pick up on the negativity.”

Additionally, students conducted surveys with the young athletes after the games, asking what comments they heard during the game from coaches and parents. The soccer players hadn’t perceived many negative comments. Taken together, the data show there are a lot fewer negative interactions that recent books would have the public believe. With so many parents watching youth sports around the country, a handful of negative parent interactions does not equal an epidemic.

Megan Richardson ’20 was one of the students who helped Bartini gather and code the survey responses, observe the games, and come up with data. “The popular press tends to focus on negative behavior or the highly unusual,” she said, “but our data was very positive and not many derogatory things were going on at the games.” Richardson recently finished preparing the data to be published and presented the findings alongside Bartini at the virtual Eastern Psychological Conference in June.