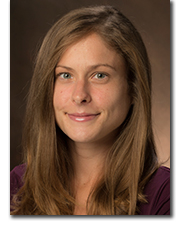 As she teaches MCLA students, Dr. Hannah Haynes continues to research and publish work as an expert in critical race studies. An MCLA Faculty Incentive Award allowed her to write a chapter for the forthcoming book “White Supremacy and the American Media,” which will be published by Routledge in November 2021.

Haynes’ chapter is titled “White Female Pain: Cis White Women and Digital Masculine Rhetoric,” and she had a tight turnaround to research and write her chapter.

The book “examines the ways in which the media, including film, television, social media, and gaming, has constructed and sustained a narrative of white supremacy that has entered mainstream American discourse,” according to its editors. Haynes’ chapter seeks to understand how white women use the rhetorical characteristics of masculinity to perpetuate white supremacy and assumptions that whiteness is the default in society.

Haynes, a member of MCLA’s Interdisciplinary Studies Department, studies how ideas are shaped through rhetoric, and the ways power and race are constructed through discourse. Her academic work is centered in American Cultural Studies with a focus on critical race theory, U.S. immigration history, and Latinx studies.

“It’s important as a scholar who is white, and within critical ethnic studies, to try to do your best to understand and explain how structures and systems influence everyday people in ways we are not conscious of,” she said. “When most people understand the structures and the things that shape us, ideally, we are empathetic. I think it’s a social necessity, and it’s our responsibility.”

Among other examples in the book chapter, Haynes studied the Twitter presence of U.S. Capitol rioter Ashli Babbitt, who was fatally shot during the Jan. 6 insurrection—both her own activity and the dialogue around her death. “One of the ways masculinity, specifically white masculinity, often works is through claiming that white women and children are victims,” she said. “I was interested in the ways she was taken up in conservative circles as that type of figure after she died.”

This experience inspired Haynes to add a similar chapter to her upcoming book, “White Deflection: The Cooptation of Black and Latinx Identity Politics,” which will be published in fall 2022 by the Ohio State University Press as the inaugural book in the Race and Mediated Cultures series edited by Camilla Fojas and Mary Beltrán. She looks at inferential racism, critiquing both liberal and conservative outlets in how they perpetuate racism through rhetoric—by explaining racism to the marginalized, for instance, or taking over social movements, or placing the onus for racism on rural whites, which means they don’t have to interrogate their own roles in our social structure.

“It’s not that all white people are racist. It’s that we all recycle, and act on, rhetoric we’re not conscious of,” she said. “Even the most liberally minded people might not be conscious of this. We don’t think about the bigger structures that are at play here. At the end of the day that’s what I am interested in challenging: How racism influences the structures and systems we take for granted.”