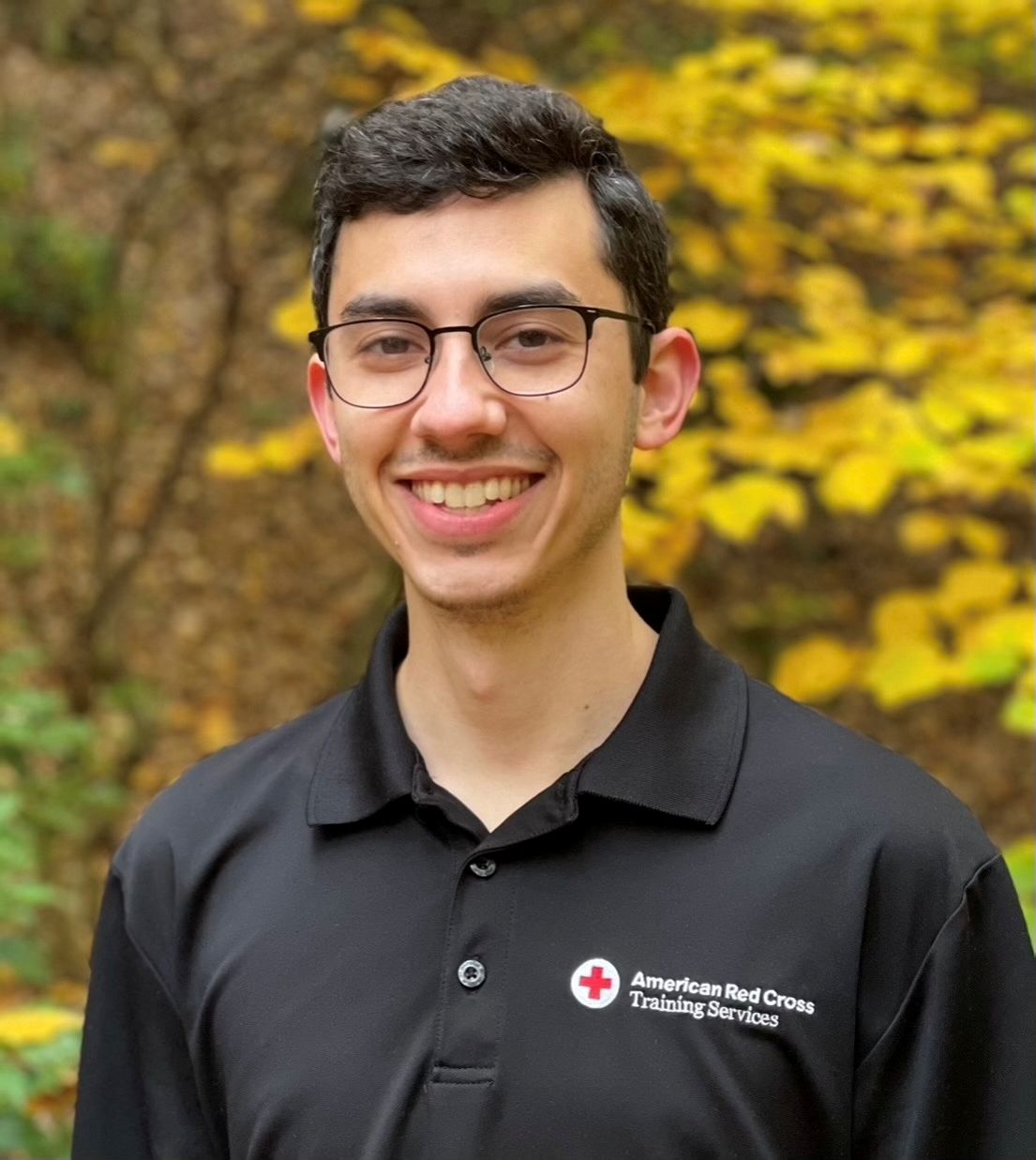 Jackson O’Brien ’18 has quite a lot of experience teaching, especially for someone who is about to turn 24. In fact, he’s currently the youngest Red Cross instructor trainer, volunteering his time to educate others—so they can go on to provide Red Cross training in their own communities, and help people save lives.

O’Brien, who lives in Dedham, Mass., started working for the American Red Cross soon after he graduated from MCLA. He transitioned to a volunteer role when he started the clinical rotation work that’s part of his paramedic program at Massasoit Community College. He’s ultimately planning to go to medical school and become an emergency medicine physician.

“I really enjoy passing on information. I love taking topics that can be really complicated and overwhelming for people, and I love explaining them in a way that makes sense,” O’Brien said. “When I started teaching, I saw that lightbulb moment—the reaction on people’s faces when it finally clicked for them—that’s super rewarding to be a part of.”

O’Brien has actually been teaching since high school. He became a Red Cross lifeguard at his local YMCA when he was 17, and soon after, worked to become a lifeguard instructor. He realized he wanted to go further when he found himself unsatisfied with the answers he could give to his lifeguard students’ questions, so he enrolled in an EMT program, which he completed in 2019. “That really gave me a lot of the answers to those questions my lifeguard students would ask,” he said. “I realized this matched well with my personality style and it was something I really enjoyed.”

A psychology major at MCLA, he was inspired by Professor Deb Foss, and did research with Professor Thomas Byrne. “I loved MCLA,” he said. “You get out of it what you put into it. It set me up for success.”

O’Brien said he’s always known he wanted to be a doctor of some sort—he’s always been interested in academia and learning. “The medical aspect of things didn’t really click until I started lifeguarding and took my EMT class,” he said. “I was like… how did I not realize this before?”

In addition to his role with the American Red Cross, which takes him across the country to deliver weeklong courses, he now teaches in Massasoit’s EMT program, and he’s still working at the Y. The American Red Cross recently highlighted his work on social media—he’s also contributed to special projects like helping develop the organization’s instructor trainer’s guide for the new first aid for severe trauma course. His most recent position at ARC was managing the Cardiac Arrest Registry to Enhance Survival [CARES] Database for Connecticut, in addition to his teaching work. The anonymous data collected is studied with the goal of improving cardiac arrest survival rates.

“Those studies end up dictating how we teach CPR classes,” he said. “It’s been incredibly rewarding being able to take part in all ‘three sides’ of the story: CPR classes, EMS, and research. Each one makes the next one better in a beautiful cyclical process.”