What is it like to present at a virtual conference? 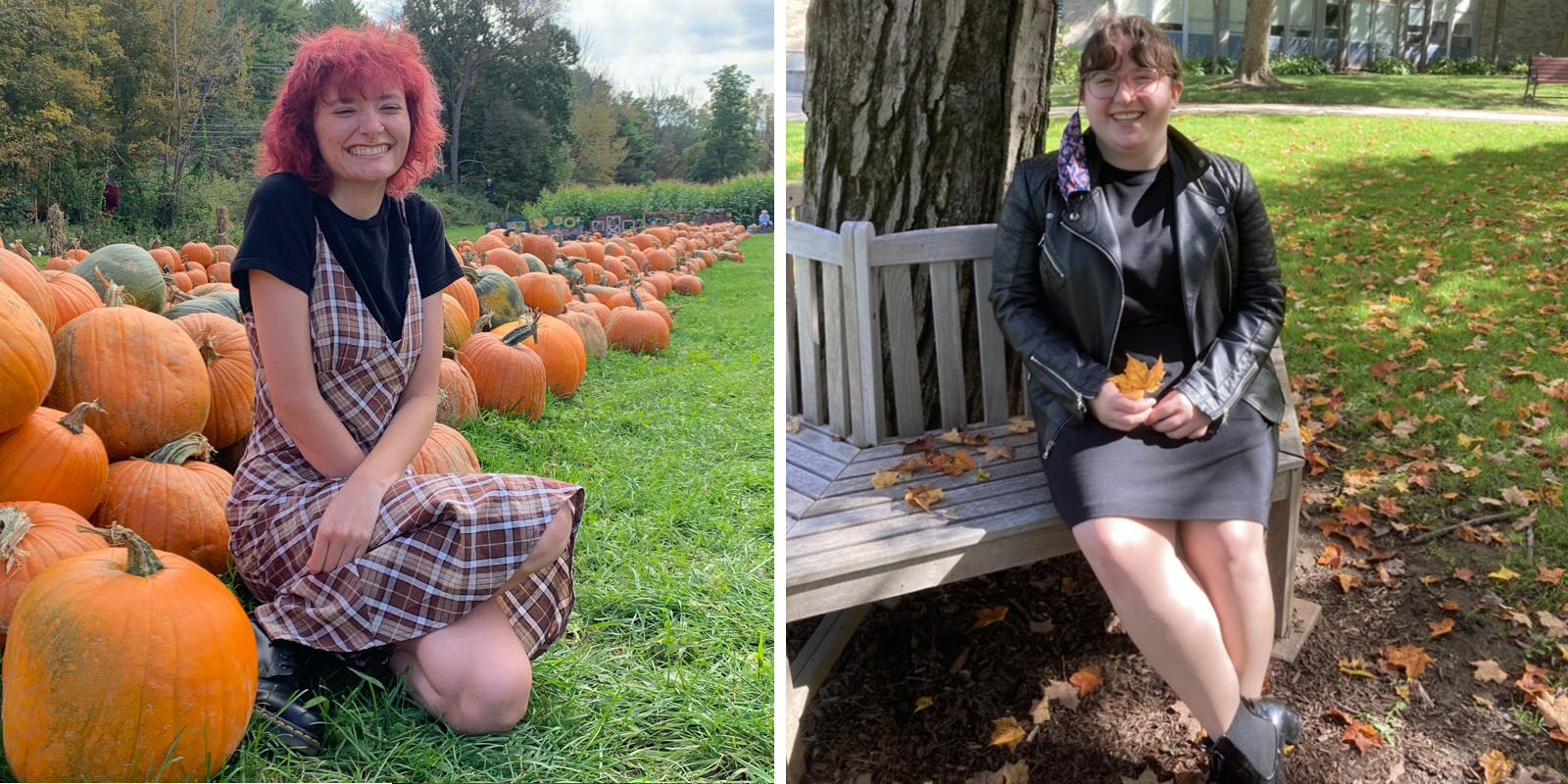 While Emily Kelleher ’23 (right) and Hannah McCormick ’22 (left) presented on different research topics, their experiences at the COPLAC Virtual Northeastern Regional Conference have some things in common.

They both spent time researching topics they were passionate about, delving deeply into their research and discovering surprising things. They both prepared and practiced—and they both say they would participate in another all-virtual conference.

McCormick, a sociology major from Newburyport, Mass., gave a presentation titled “Queer Bodies in the Medical Industry: A Study on the Treatment of Gender Non-conforming Bodies in the Medical Field.” She looked at the general treatment of trans and gender non-conforming people in health care, studying their thoughts and feelings, treatment plans, and satisfaction with their care. “Something surprising I learned was the general lack of care within the field, including deadnaming patients and being overly invasive, as well as how the majority of these individuals faced open discrimination and hardships within their treatment plans,” McCormick said.

“I think trans healthcare is an incredibly important subject and needs more proper recognition both within the health care field as well as throughout the general community,” McCormick said about her choice to present at the conference. “Allowing this discussion opens up more learning opportunities as well as builds a safer, more open environment for transgender and gender non-conforming individuals.”

Kelleher, a history major from Mashpee, Mass., presented her research on Company H of the 119th United States Colored Infantry (USCI), a company of Black soldiers who served on the Union side of the Civil War during its final years. “It was a summer research project, and I had no outlet to express the information I had been able to gather,” she said. “I was proud of the work I had done over the summer and wanted to show it to an audience—both as a sort-of ‘look what I did!’ as well as ‘this subject is super interesting and needs to be studied way more!”

The availability of digitized records from the Civil War Days was an exciting part of Kelleher’s research work. “I was struggling to find larger information about the company itself and its position in the larger 119th Regiment, but I was able to find service records for almost all of these men, via the military database component of Ancestry.com- Fold3. It was amazing to see the actual records created during the time of the men’s service in a digital format,” she said.

Both Kelleher and McCormick had to pre-record their presentations, then answered questions from the audience in real time. “It went pretty smooth overall, and I had several questions regarding ways to help and bring more awareness. It was especially nice to hold that kind of engagement and interest,” McCormick said.

“It was great to get this conference under my belt, so now I am more prepared for the future if I have to present virtually again,” said Kelleher.