Donlan teaches physics as continuing assistant professor at Gustavus Adolphus College in Saint
Peter, Minn. They graduated from MCLA with a bachelor's degree in physics and mathematics
and later received a doctoral degree in physics from the University of Florida.

Donelan’s teaching styles and work with the
AAPT since 2014 gained them the nomination by an individual outside of their current institution, which meant a lot to them being acknowledged for the work they’ve done outside of Gustavus.

“It’s really special. It’s really nice to be recognized and it definitely makes me feel more confident and know that what I’m doing is impactful and working,” Donelan said. “I don’t always fit into the general demographic that makes up the physics field. I think this is going to help have a more diverse group of physicists in the future. The more diverse we are, the more diverse our thoughts are which produce better results.”

Donelan joined the AAPT while finishing their doctorate at the University of Florida. Thereafter they accepted a teaching position at Gustavus in 2016.

In 2019 Donelan was invited to join the AAPT/NASA collaboration to produce space science-themed educational supplements supported by a grant from NASA. They played an essential role in developing tutorials on Habitable Zones, Exoplanet Atmospheres, and Stellar Spectra. This led Donelan to provide professional development to educators everywhere and train ambassadors to provide educational resources at no cost.

“We’re big fans of open-sourced materials,” Donelan said. “We created the material and do monthly workshops where we teach educators about how to use our material and work with it.

The material focuses on introductory physics as well as advanced topics so that it’s approachable for high school students and junior college educators. 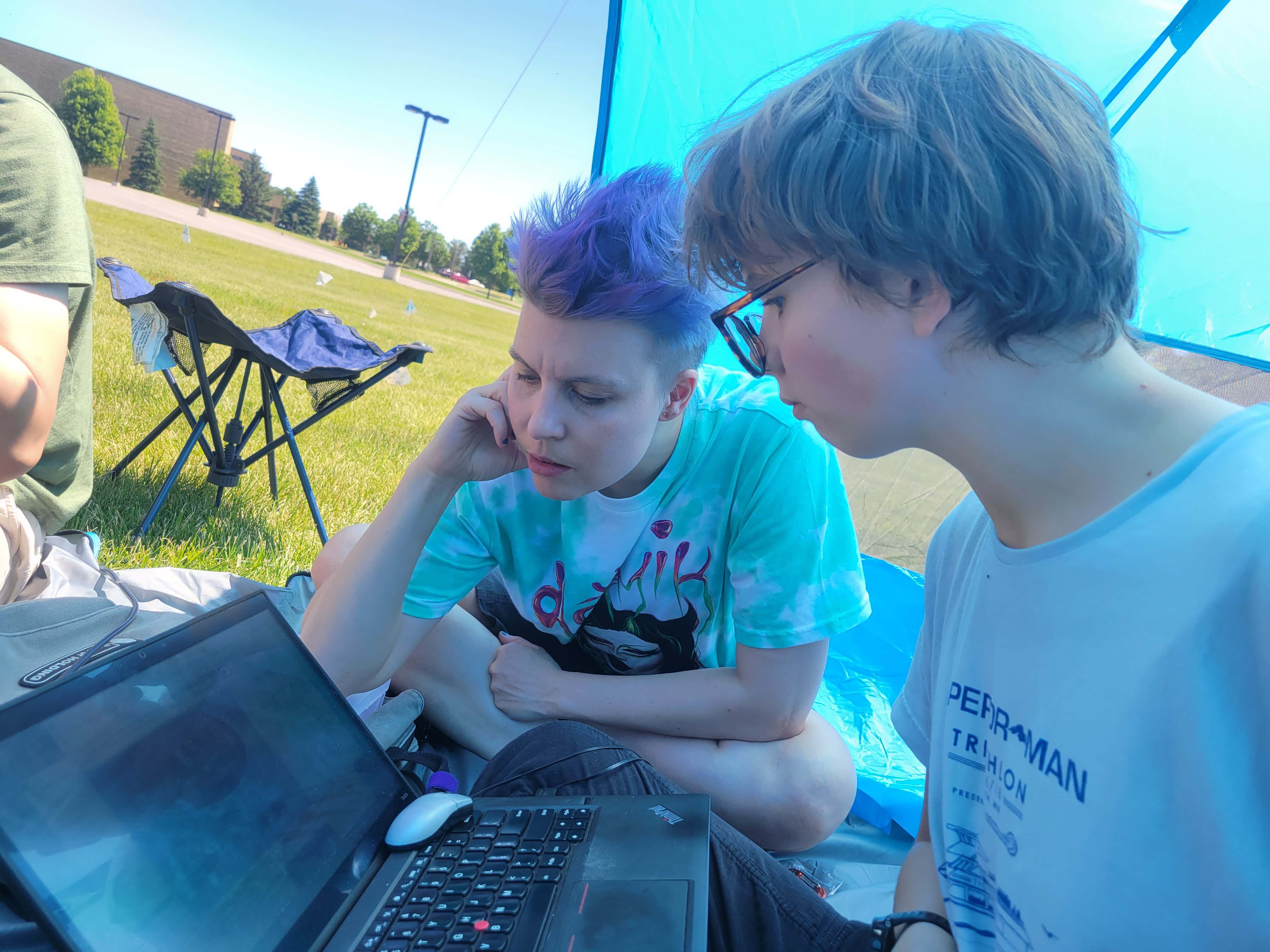 Donelan ended up at the University of Florida after a summer internship at the Dana Farber Cancer Institute where they did breast cancer research. In 2008 they worked on the Laser Interferometer Space Antenna (LISA) project at the college in a NASA/ESA project with a space-based gravitational wave observatory that detects gravitational waves from merging supermassive black holes and neutron star binaries.

When Donelan was studying at MCLA, they felt like they fit in immediately, which ultimately helped their college career. It played a large role in the reason they went on to teach at a small liberal arts college.

“When I was at MCLA we had three physics professors and two of them were women,” they said. “That was a powerful impact for me seeing other women in the field. It really made me feel like I belonged there and while I was there I never questioned that I couldn’t do physics based on what I identified as.”

They took their MCLA classroom experience and practice it today while teaching physics at Gustavus.

“The newer approaches include a much more active learning style,” they said. “That was something I did see at MCLA. Dr. Maher was good at incorporating active learning in the classroom. When I teach, I don’t want to be talking more than 50 percent of the time. I want the students to be asking questions and talking to each other. That’s a much better approach because you’re learning in a more social environment which will produce retainment of that knowledge.”

Donelan’s modern teaching methods has earned them multiple awards at Gustavus including the 2022 Swenson-Bunn Memorial Award for teaching, which is nominated by the students for faculty.

“The students are telling you “we appreciate what you do,”” they said. “I received it for doing lessons that promote real learning and the students recognized that I cared about their mental and physical wellbeing and not just the work in the classroom.”

About the Doc Brown Futures Award

Robert William Brown (Distinguished University and Institute Professor in the physics department at Case Western Reserve University) has had a rewarding five-decade career in teaching, research, and entrepreneurship. An Inaugural Fellow of the AAPT, Doc Brown is associated with a number of educational innovations, including the early use of a fiberoptics electronic educational environment (the 1980s), early use of undergraduate teaching assistants (1990s), of published PER work on both “post-exam syndrome” and its treatment, and “cycling” or structured revisiting of classroom material. His teaching led to the writing of a thousand-page MRI textbook, which has been called the "daily companion of the MRI scientist.” Doc Brown has received five regional national teaching honors for his innovations in undergraduate and graduate teaching, and in 2004 received the AAPT Excellence in Undergraduate Physics Teaching National Award. A partnership with his wife, Janet Gans Brown has taken them to highlight the importance of AAPT in a shared life and their gratitude for this endowment. 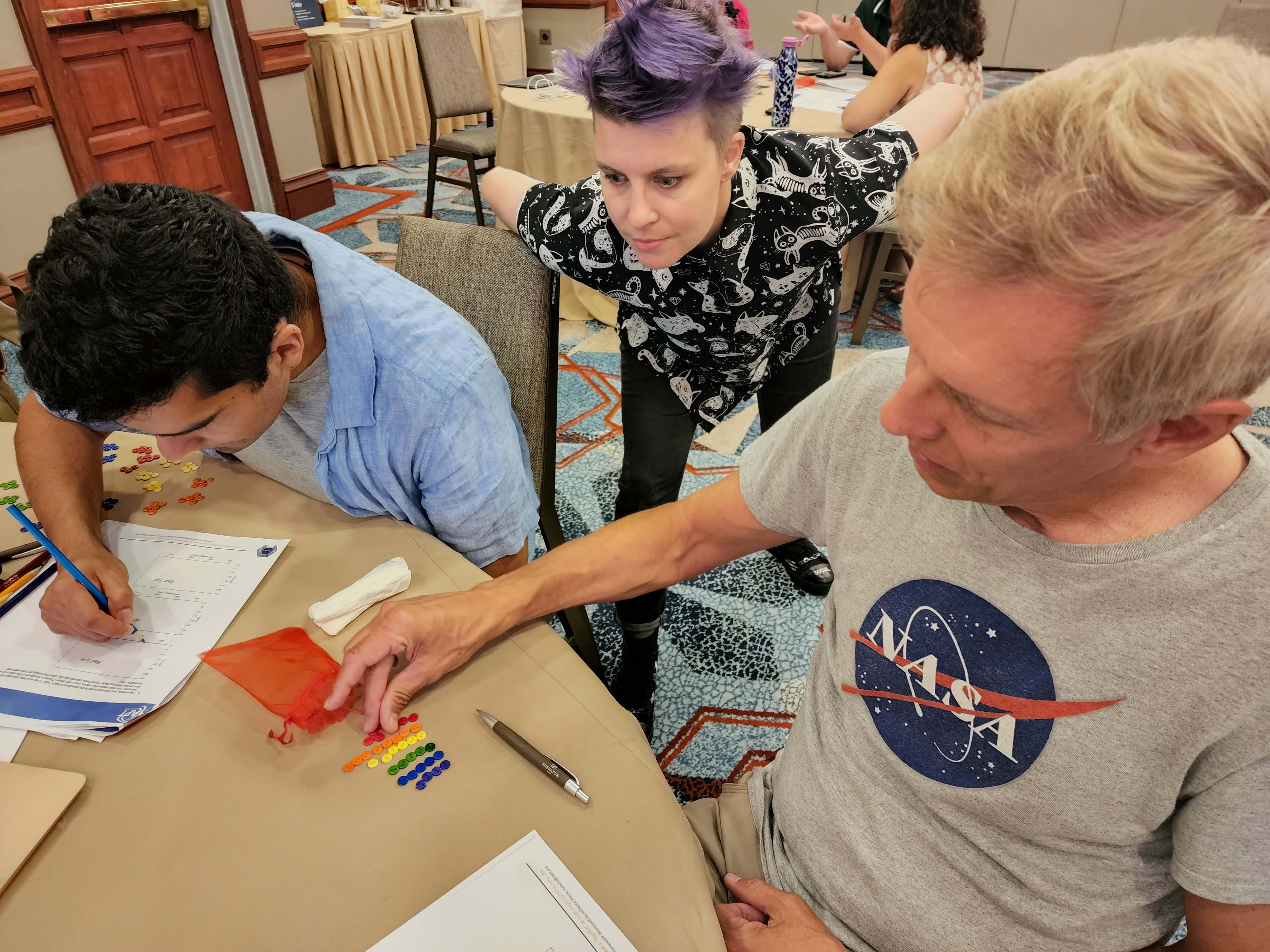 AAPT is the premier international organization for
physics educators, physicists, and industrial scientists—with members worldwide. Dedicated to enhancing the understanding and appreciation of physics through teaching, AAPT provides awards, publications, and programs that encourage the practical application of physics principles, support continuing professional development, and reward excellence in physics education. AAPT was founded in 1930 and is headquartered in the American Center for Physics in College Park, Maryland.

PHOTOS: Darsa Donelan spends time with research students studying magnetic storms from Jupiter and the Sun, in the Gustavus Observatory, and with Space Science Ambassadors that they trained.